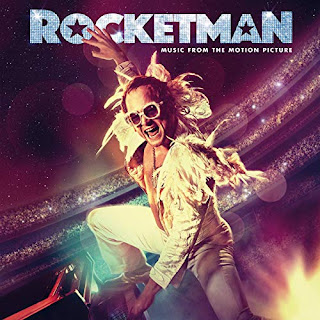 With the film hitting cinemas on 24th May, the title track from the soundtrack album for Rocketman has been released. Have a listen...

Taron Egerton is one of these really annoying people who can do, well, everything. He does all of his own singing as he plays Elton John in the upcoming Dexter Fletcher-helmed biopic and was even told by Elton to not copy him too much in the film and to make his own versions out of the songs.

Rocketman isn't the first time that Egerton and Elton have appeared together though as Elton John appeared in Kingsman: The Golden Circle as... erm... himself. Well, you wouldn't really believe it if he tried to play anybody else now would you?

However, you really COULD almost believe that Taron Egerton was the young Rocketman, if the film clips and trailers that have been released so far are anything to go by.

And here's the proof that he does his own singing: