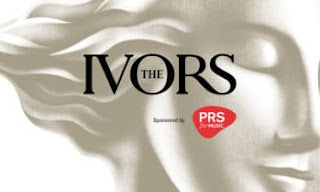 The winners of this year's Ivor Novello Awards were announced during a star-studded ceremony at Grosvenor House, Park Lane, London yesterday...

The Ivors, now in their 64th year, celebrate, honour and reward excellence in British and Irish songwriting and composing across categories for songs, album, film, TV and video game scores released in the UK in 2018. The ceremony also saw the presentation of Ivor Novello Awards which recognise music creators for their wider contribution to UK music. This year, the Ivors Academy presented Ivor Novello Awards to 29 individual songwriters and composers across fourteen award categories, 83% of which are first time winners.

The Ivors Academy Chair, Crispin Hunt, said “From heavyweights of rock, to gods of grime, jazz maestros to chart royalty; today’s celebrated music creators have been rightly recognised for their artistic merit and inspiring influence on their fellow creators. Congratulations to all the nominees and winners from The Ivors Academy.”

Mariah Carey was presented with the PRS Award for Music Special International Award, acknowledging her as an extraordinary global talent, an impactful songwriter and one of the biggest selling artists of all time. During her career she has penned 18 US number one singles, from Vision of Love to Hero, Fantasy and We Belong Together.

The Ivors Inspiration Award, which is awarded to a songwriter or composer for inspiring their peers, honoured the ‘Godfather of Grime’, Wiley, for his role in shaping a hugely innovative and uniquely British genre and his relentless energy as motivator and producer.

The Ivor Novello Award for Best Contemporary Song was awarded to The 1975’s George Daniel, Adam Hann, Matthew Healy and Ross MacDonald for Love It If We Made It.The judges described the song as a bold, inspirational and original statement, bringing together an awareness of contemporary issues without resorting to cliché. The band achieved a double win, as they were also presented the Ivor Novello Award for Songwriters of the Year. Of this award, The Academy said “All at once daring, vulnerable and recklessly honest, The 1975’s songwriting on ‘A Brief Inquiry into Online Relationships’ stands out as a vivid picture of modernity. These songs are a quintessential snapshot of the emotional complexities of life in the here and now, but with all the hallmarks of a body of work that will stand the test of time.”

It was third time lucky for Ben Howard who won his first Ivor Novello Award for Best Song Musically and Lyrically for Nica Libres at Dusk, the first single from his third album, Noonday Dream. Praised for its authenticity and originality, The Ivors judges described the song as striking a genuine emotional chord with the listener.

The Academy also celebrated the songwriting excellence of Dido by presenting her with the Ivor Novello Award for Outstanding Song Collection. Twenty years since her record-breaking debut No Angel, Dido continues to write enduring songs that articulate universal emotions with a confident honesty and beguiling grace.

The Academy honoured Django Bates with The Ivors Jazz Award. A musical polymath and prodigiously gifted composer, Bates has been at the heart of Britain’s jazz scene for the last 40 years. The award acknowledged his unique and exceptional talent and his relentless drive to collaborate and seek out new possibilities to explore where jazz can go.

Hailed as “so visceral it is impossible to ignore”, the Ivor Novello Award for Best Album was won by Idles for their second release, Joy As An Act of Resistance. The Ivors judges praised the band for pushing boundaries within their genre, describing their songwriting as brave and upfront.

PRS for Music Outstanding Contribution to British Music was presented to Richard Ashcroft in recognition of a 30 year career that has resulted in a highly distinguished body of work and cemented his place as one of the great British songwriters of all time.

Composer Robin Beanland won the Ivor Novello Award for Best Original Video Game Score for Sea of Thieves, a shared world adventure game and pirate fantasy developed by UK games company Rare and published by Microsoft Studios. The Ivors judges praised the score’s tight integration with the game, skilled usage of diegetic and non-diegetic music as well as Beanland’s highly accomplished composition and orchestration. “The music oozes character and charm, and whilst it demonstrates serious quality, it also retains a sense of humour. Superb.”

Requiem, composed by Natasha Khan and Dominik Scherrer, won Best Television Soundtrack. A six-part drama co-produced by New Pictures for the BBC and Netflix, Requiem encompasses elements of both the supernatural and thriller genres. The Ivors judges said, “with immediate, absorbing and haunting Celtic vocals the score empowered drama with innovative instrumentation”. This was Natasha Khan’s second Ivor Novello Award, having previously picked up Best Contemporary Song in 2010 for Bat for Lashes’ Daniel; it was also Dominik Scherrer’s second win for Best Television Soundtrack.

Jonny Greenwood won his sixth Ivor Novello Award: Best Original Film Score for Paul Thomas Anderson’s Phantom Thread. Described by the judges as “romantic, expressive, imaginative and beautifully put together” they praised the way the music weaves through the film.

The Ivors are sponsored by PRS for Music.

The  Full list of 2019 Ivor Novello Award winners is below:

PRS FOR MUSIC MOST PERFORMED WORK

Love It If We Made It

Written by George Daniel, Adam Hann, Matthew Healy and Ross MacDonald
Performed by The 1975
Published in the UK by Good Soldier Songs

Joy As An Act of Resistance

SONGWRITERS OF THE YEAR