News - Antony Gormley at the Royal Academy of Arts 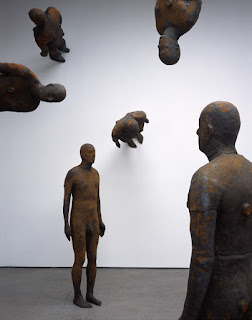 In September 2019, the Royal Academy of Arts will present a solo exhibition of the internationally acclaimed British sculptor Antony Gormley...

The exhibition, thought to be the most significant in the UK for over a decade, will bring together both existing and especially conceived new works for the occasion, from drawings and sculptures to experiential environments, that will take on the RA’s Main Galleries across all 13 rooms.

Gormley (b. 1950) sees the exhibition as a ‘test site’; engaging the senses, employing scale, darkness and light, and using elemental, organic and industrial materials. The works will interact with the BeauxArts galleries, creating a series of distinct encounters that will come together as a collective experience. It will be a summation of Gormley’s enduring concern with the inner dark space of the body itself and the body’s relation to its surroundings: the body as space and the body in space. 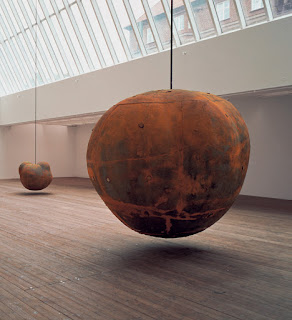 Gormley said, “there is no subject until the viewer arrives and begins to engage.”

The first work, Iron Baby, 1999, will be encountered in the Annenberg Courtyard. This life-size form of a new-born baby in cast iron will be tiny within the scale of the courtyard, suggesting human vulnerability but also the vigour of life.

In the galleries, early, rarely-exhibited works from the late 1970s and early 1980s will show the experimental origins of Gormley’s practice, with links to Land Art, Performance and Minimalism. 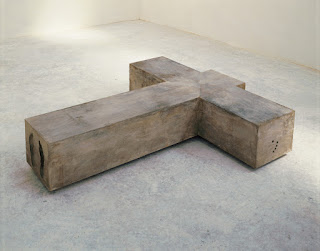 Works featured will include Land, Sea and Air, 1977-79 and Fruits of the Earth, 1978-79 in which natural and man-made objects are wrapped in lead. This process of encasing objects in lead evolved into Gormley’s well-known ‘body case’ sculptures, from the 1980s onwards, which use the artist’s own body as a tool, material and subject. There will be a series of concrete works from the 1990s including Flesh, 1990 (Duerckheim Collection). Each volume contains the body form as a void in a position that tests the enclosing mass. The interior is only visible through the hands, feet or head that break the surface of the block. 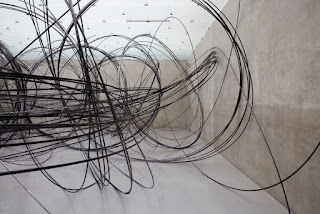 The exhibition will draw the visitor into a series of whole-room installations, some reconfigured especially for the RA’s galleries, and invite them to actively engage with their bodies as they navigate the space. Lost Horizon I, 2008 (PinchukArtCentre, Kiev, Ukraine) will feature 24 cast iron figures set in different orientations on every wall, floor and ceiling, challenging the perception of which way is up. Clearing VII, 2019 will consist of kilometres of coiled, flexible aluminium tubing arcing from floor to ceiling and wall to wall; a ‘drawing in space’ which encircles the visitor. Matrix III, 2019 will take over the largest gallery: a cloud of intersecting rectangular dark steel mesh suspended above head height, each encasing a space equivalent to the average size of a European bedroom. For Gormley, it is “the ghost of the environment that we’ve all chosen to accept as our primary habitat” and a work that continues critical dialogue with perception, “by constructing an optical maze in which it is impossible to reconcile foreground, mid-ground and background.” 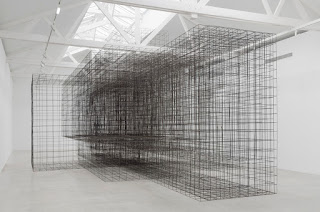 Host, 2019 will fill an entire gallery to a depth of 23cm with a vast expanse of seawater and clay, evoking the depths from which life emerged, it offers a confrontation with elemental substance, an experience that changes as the hours of autumn daylight diminish. Since the work was conceived in 1997 it has only been exhibited three times and this is the first time it will be shown in the UK. At the centre of the exhibition in the Central Hall will be two of Gormley’s early ‘expansion’ works; Body and Fruit, both from 1991-3. These imposing hollow pieces expand the form of the body to create objects that have the characteristics of both bomb and fruit. Each weighing several tonnes, the works will hover centimetres from the floor. 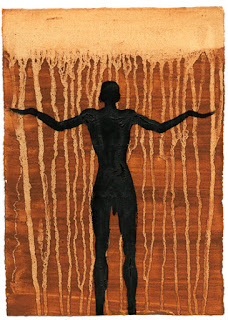 Alongside sculpture, there will be a rich selection of works on paper, many of them using unusual materials such as crude oil, earth and blood. For Gormley, drawing is a core, everyday activity that runs parallel to his sculpture, exploring the same concerns through different means. This is a rare opportunity to see significant early drawings such as Mould, 1981 (Private Collection). Other key series represented include the Body and Light drawings made with carbon and casein, the Linseed Oil Works (1985-1990) such as Double Moment, 1987, and the Red Earth drawings (1987-1998). An accompanying display of Gormley’s workbooks will reveal the artist’s continual investigation of ideas that lead to the sculptural works. 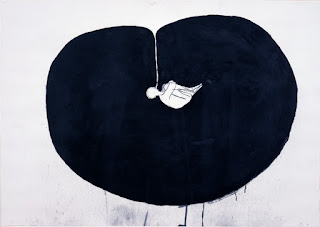 Antony Gormley will follow in the Royal Academy’s tradition of celebrating its Royal Academicians, continuing a strand of programming that showcases some of the most important living artists in the world including David Hockney, Anselm Kiefer, Ai Weiwei and the forthcoming exhibition of Marina Abramović. 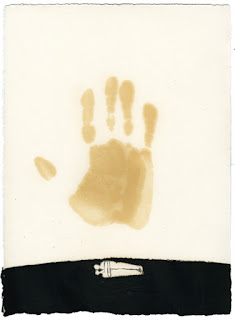 Antony Gormley is widely acclaimed for his sculptures, installations and public artworks that investigate the relationship of the human body to space. His work has developed the potential opened up by sculpture since the 1960s through a critical engagement with both his own body and those of others in a way that confronts fundamental questions of where human beings stand in relation to nature and the cosmos. Gormley continually tries to identify the space of art as a place of becoming in which new behaviours, thoughts and feelings can arise. Gormley’s work has been widely exhibited throughout the UK and internationally. He has also participated in major group shows such as the Venice Biennale (1982 and 1986) and Documenta 8, Kassel, Germany (1987). Permanent public works include the Angel of the North (Gateshead, England), Another Place (Crosby Beach, England), Inside Australia (Lake Ballard, Western Australia), Exposure (Lelystad, The Netherlands) and Chord (MIT – Massachusetts Institute of Technology, Cambridge, MA, USA.) Gormley was awarded the Turner Prize in 1994, the South Bank Prize for Visual Art in 1999, the Bernhard Heiliger Award for Sculpture in 2007, the Obayashi Prize in 2012 and the Praemium Imperiale in 2013. In 1997 he was made an Officer of the British Empire (OBE) and was made a knight in the New Year’s Honours list in 2014. He is an Honorary Fellow of the Royal Institute of British Architects, an Honorary Doctor of the University of Cambridge and a Fellow of Trinity and Jesus Colleges, Cambridge. Gormley has been a Royal Academician since 2003. Antony Gormley was born in London in 1950. 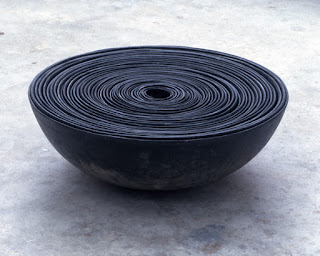