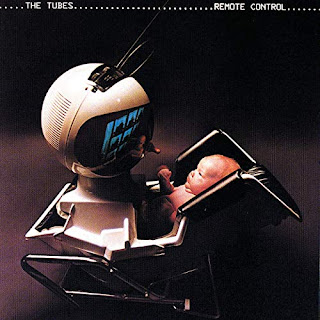 Inspired by our series of articles looking back at music released 30 years ago, Jimmy Hunter takes a step further back in time to give us a Song of the Day 1979. This week, he's heading for Prime Time...

I rediscovered this track a couple of years ago whilst rummaging around on YouTube for stuff and I'd completely forgotten about it. Don't you love when that happens? You allow yourself to get distracted and take a wander down memory lane and you end up 40 years ago in spring, 1979.

And to greet me was my cheerful choice for this week - The Tubes and Prime Time. Now this group has had more band members than I can count. Believe me, I've checked. But this was their 2nd of only a handful of very minor commercial hits.

No, I won't use that horrible phrase (though I have in the past) "post punk" but essentially, the first time we heard of them was a couple of years previously with a ditty called White Punks On Dope. They had a fairly biggish hit in 1980 with Olivia Newton-John, Dancing, from the film and soundtrack album Xanadu. I actually quite like it too - don't @ me!!

Prime Time, however is a great record with, as far as I'm concerned, absolutely no meaning at all. It starts off "Come flyyyyyyyy with me" and you're intrigued. Nobody told Fe Styles she could sing and if they did she didn't listen. However, she was regularly, and rather unfairly, ditched on lead vocals by the group and eventually walked off as a result.

For me, this record is all about that no-man's land period in time (1979 and 1980) between the "demise" of disco (it never went away, it just changed) and punk, and the advent of the New Romantics and I like it for that. It's actually a good record - good hooky chorus "I'll give my Prime Time, my Prime Time for yoooouuuu", some amateur sounding electronics and a good, solid melody.

A good pop record then - but not a commercial success. Why not - their look perhaps? Who knows. Have a look at this video from Top of the Pops and make your own minds up ...