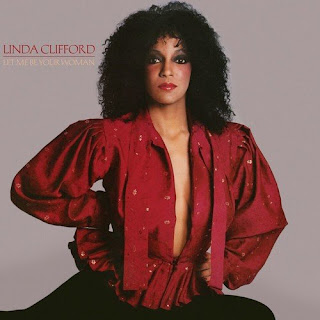 Inspired by our series of articles looking back at music released 30 years ago, Jimmy Hunter takes a step further back in time to give us a Song of the Day 1979. This week, a little known version of a classic track...

Give this week's choice a chance - the calibre of talent behind it is significant, although it won't be to everyone's taste, do have a listen. My choice this week for SotD79 is the disco version of Bridge Over Troubled Water by R&B / disco singer Linda Clifford.

The reason I ask you to try it is that it's actually a superbly crafted disco version of a classic record. But there I go again - if anything will put people off it's the expression "disco version". But don't write it off. Originally written by legendary Paul Simon and recorded by Simon and Garfunkel, the engineers of this version are equally as legendary. Though perhaps not in the same circles.

Produced and arranged by Gil Askey, "the architect of the motown sound", Lady Sings The Blues and someone who's made Diana Ross sound far, far better than was sometimes deserved, and assigned to Curts Mayfield's own music production company and label (though distributed here by RSO), this single has much going for it. Mixed by Jimmy Simpson, brother of Valerie Simpson of Ashford and Simpson fame, this record didn't achieve the commercial or dance floor success it probably should have. Why not? Because of the record itself. The remake. The damned remake. It's a curse or a blessing and definitely a double edged sword.

Linda Clifford had her first appearance as a singer around 1970 and was quickly recognised as a talented R&B singer and by the mid 1970s she'd been scouted and snapped up by Curtis Mayfield. Releasing a numbest of records to oldest critical success, her live performances attracted much attention. The ex beauty queen had found a career. Of sorts.

Firstly, I love Clifford's voice - it's husky, powerful and soothing in equal measure here and leads a very heavy, thumping production effortlessly. The frequency on the bass of this record is something to listen to and Simpson is probably to thank for that - it's not one that's found too often on records at that time. The production is slick and the arrangement combines many elements throughout.

But I think it goes on too long. Around the 6 minute mark it goes into the usual extended instrumental middle but after that I always think it didn't know what to do with itself and around the 7.30 mark should've gone back to repeat final verse, crescendo in to chorus to fade. But it doesn't - it goes on for a minute too long before the eventual chorus and then still hangs around after that and this has always disappointed me.

However, the bass, the falsetto hook ("when you need a bridge") and Clifford's voice all combine to make this record a joy for me to listen to - please give it a try, even if only to about 6 and half minutes in.