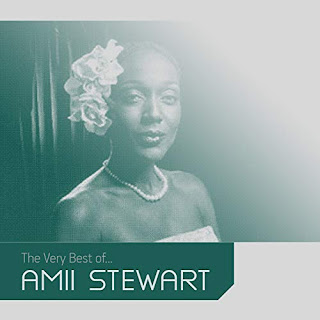 Inspired by our series of articles looking back at music released 30 years ago, Jimmy Hunter takes a step further back in time to give us a Song of the Day 1979. This week, he better knock on wood...

Indulge me dear reader. A brief homage to my dear old Ma (she'd hate me saying that).

When I was very young my mother introduced me to the subject of racism: she used her US musical idols (Billie Holliday; Ella Fitzgerald; Sammy Davis Jr; ) to illustrate the needless hate and I remember from a very early age wondering why people hate others because of skin colour. I still do. This was part of an introduction to a huge library of music that my mother had collected over the years and I still remember this little gem from the Chinese film The Second Spring back in the 1950s. And for good measure, here's the Chinese version which I absolutely love!!

My mother's musical tastes never stood still and she always moved on. She was a natural dancer and by the '70s had quite naturally progressed onto disco - and so, dear reader, had her son. My choice this week is an obvious one for me: Amii Stewart's marching version of Knock on Wood.

Stewart, interestingly labelled a "one-hit wonder", came to the UK in the mid 70s in a touring production of Bubbling Brown Sugar where she was discovered by songwriter and producer Barry Leng. Leng (of Eastenders theme tune fame), along with co-writer Simon May (an electronics and synthesiser musician and producer) had written a track they needed a female vocal for and thought she'd fit - she did fit and that track (Am I Losing You) would become the b-side of Knock On wood.

The track itself was a worldwide hit, and why wouldn't it be? Originally a hit for, and co written by, Eddie Floyd in the '60s, this version concocted in the studio by Leng and May was just what the dance floors of Europe and the USA were wanting. An album followed swiftly and didn't do so very well - in fact I think it failed to chart in the UK. A follow-up, a remake of the Doors' Light My Fire, with added 137 Disco Heaven by Leng and May did well in the UK charts and that was that for dear Amii, until 1984.

Knock On Wood was re-released in 1985 and was a hit on the club, and especially gay club, dance floors. Surprised? No - a thumping drum, belting acrobatic vocals, and the music videos showing Stewart, a trained dancer, high kicking all over the screen. Was this partly / hugely what made my 14 year old self, hiding those "feelings" love it so much? Damn right ducky!!

Many think it's cheesy - I've heard it so often I'm almost immune to it now but I do still love it. Even people who hate the disco genre (including, interestingly enough, Amii Stewart herself) love this track so let's dig out the skintight gold lamé, the 6" stilettos and have a jiggle.