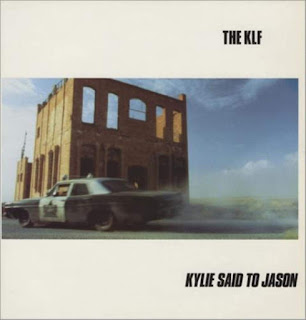 Yesterday we played Danced by Toyah. So what song was chosen for today's #NotBaconBits connection? You can thank @Carey_Art for this one ...

Some superb suggestions for the second last day of the current run of #NotBaconBits...

@STBwrites suggested "Toyah did Cabaret duets with Nigel Planer who sang as part of the Young Ones. I recommend Hurdy Gurdy Mushroom Man from Neil’s Heavy Concept Album"

@Wolfpaw36 came up with "Toyah was in Quadraphenia with Phil Daniels... Phil Daniels starred in Breaking Glass with Hazel O'Connor, All of which leads to 'that song'... Will You and the superb sax of Wesley Magoogan"

But today's tune (because our ed never passes up the chance to play this band) comes from @Carey_Art, who said "Toyah’s album title brings to mind the KLF famously dumping a dead sheep at the 1992 Brit Awards, so I’d suggest their sublime “Kylie Said To Jason”"

So, for the final time (for now) we ask you, what song would you link to this one? Let us know on Twitter or Facebook and, as long as you can show how you got there, it could be your connection for tomorrow's #NotBaconBits.