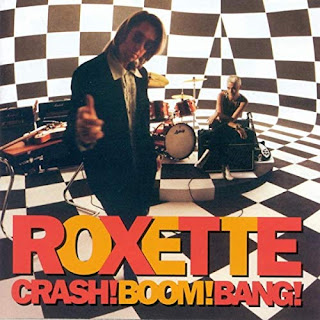 Yesterday we played Toccata by the 80's supergroup Sky. So what was the connection to today's #NotBaconBits song...

Even though it was Sunday yesterday, we got a few good suggestions for a connecting song for today.

@JimJamGin suggested this (and gave himself an earworm in the process)

"Ok. Marvellous chance for me to get to listen to an all time favourite. I remember seeing them on TV: my link is Blue Mink and Melting Pot. The link is easy: Herbie Flowers was in Sky and Blue Mink. "

We also very nearly went with @STBwrites Sky to Skyline connection and his suggested song of Manhattan Skyline from A-Ha, which is a favourite here at AlbieMedia.

But then @wolfpaw36 came up with a wonderfully complex connection that hinged on Sky band-member Francis Monkman, who composed the soundtrack for The Long Good Friday, which featured a very young Pierce Brosnan, who starring in Mama Mia, which features songs by Abba, who are Swedish, and so is Roxette, so his choice was Roxette's Almost Unreal from the film soundtrack for Super Mario Bros.

So what will you connect to for tomorrow? Roxette? Computer games? Something else? As long as you can justify your answer, it's a valid connection.