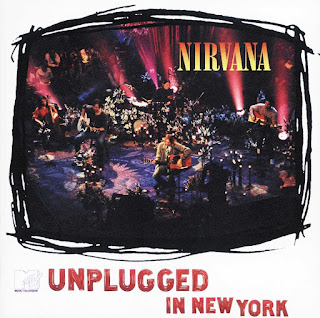 Yesterday we played Almost Unreal by Roxette. So what song was chosen for today's #NotBaconBits connection? You can thank Steve Taylor-Bryant for this one...

@wolfpaw36 suggested a connection to his own song choice from yesterday with "Super Mario Bros features Dennis Hopper, who was a photgrapher for Vogue & others with portraits of Andy Warhol, Jane Fonda. Associated with Warhol was Velvet Underground and so Lou Reed's Walk on the Wild Side"

But then @STBwrites piped up with this:

"In 93 Roxette become first non-English speaking band to play MTV Unplugged. Unplugged brought stripped down versions of many bands to a global audience and became one of Nirvana’s biggest albums. Best song on Nirvana Unplugged? Where Did You Sleep Last Night."

BRAVO! So what song will you connect to the unplugged version of Nirvana's "Where Did You Sleep Last Night"? The band? The fact it was acoustic? That elusive sleep thing? As long as you can justify your answer it's a valid connection.