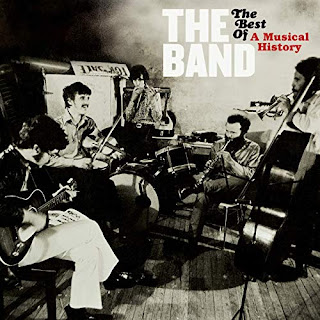 Yesterday we played Nas in a NY State of Mind. So what's the connection for today's #NotBaconBits...

Well, it seems convoluted and complicated seems to have been the way to go from yesterday's song.

We nearly went with @STBwrites suggestion: "The ONLY version of New York State of Mind worth listening to is Billy Joel’s who also wrote Miami 2017. Will Smith called Miami his second home. Will Smith sang with Marc Anthony, who was married to JLo so Jlo’s Jenny From the Block"

But then @Wolfpaw36 popped up with this: "Ok pin your ears back this is complicated... Nas is son of Olu Dara Jones, musician in his own right. Olu's 2nd album Neighbourhoods featured a guest appearance of Dr John, who had played at The Last Waltz of The Band. So we are here..."

So today's track is The Weight by The Band. What will your connection for tomorrow link from? Weight? Band? The Scorsese documentary of The Last Waltz concert that Wolfpaw mentions? Or something else entirely? Let us know on Twitter or Facebook.