#NotBaconBits - From Hot Chocolate to... 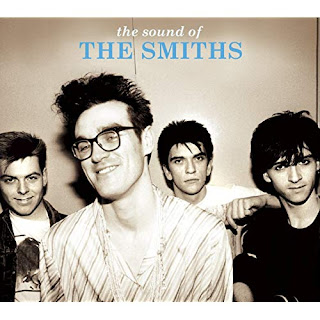 Yesterday we played Hot Chocolate and You Sexy Thing. So what song was chosen for today's #NotBaconBits connection?...

A couple of top suggestions to link from yesterday's song. We nearly went with @STBwrites connection - "The Full Monty soundtrack also had Steve Harley & Cockney Rebel on it. Steve Harley recorded Amerika the Brave with Marc Bolan, his last studio performance before his death so I’m going for the Hollywood Vampires cover of Jeepster"

But then @RenZelen came up with today's winner...

"Another song recorded by Hot Chocolate was called ‘I Believe’, which was also the title of a song by Stevie Wonder on his album ‘Talking Book’, which was featured on the soundtrack album of the John Cusack film ‘High Fidelity’ along with the famous song by The Jam, ‘A Town Called Malice’.
Another well-known song by The Jam was called That’s Entertainment’ which was covered by Morrissey, lead singer of The Smiths. Which brings me to the Smiths song I used to play every day after I got my first job - ‘Heaven Knows I’m Miserable Now’."

Get ready to wave your gladioli in the air then and then think of a song to connect to this one for tomorrow.