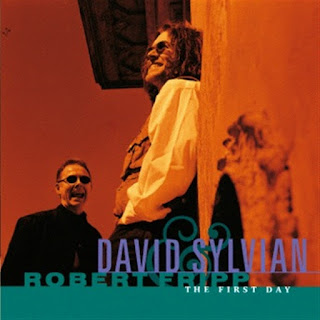 Yesterday we played Fanfare for the Common Man by Emerson, Lake and Palmer. So what song was chosen for today's #NotBaconBits connection? You can thank Ren Zelen for this one...

Ren said "Greg Lake from Emerson, Lake and Palmer was one of the original members of King Crimson with Robert Fripp, Ian McDonald and Michael Giles and their debut album, ‘In the Court of the Crimson King’ was released in late 1969 to great success. After several albums and many personnel changes, Fripp being the only permanent member, King Crimson disbanded in 1974.


"Robert Fripp was involved with very many side projects and collaborations, including Brian Eno, David Bowie, Peter Gabriel, David Byrne, Daryl Hall and David Sylvian. In 1991, Fripp asked David Sylvian to be the vocalist in a reformed King Crimson, but Sylvian declined. However, they did work and tour together and the album The First Day was the first of three collaborations between Sylvian and Fripp.