#NotBaconBits - From The Eagles to... 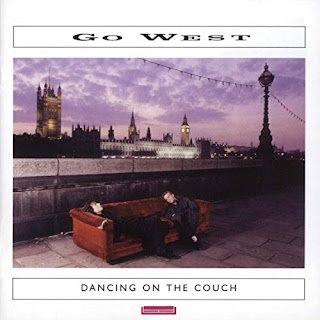 Yesterday we played Take It Easy by The Eagles. So what song was chosen for today's #NotBaconBits connection?...

We nearly went for @Wolfpaw36 suggestion, who took a lyric from the song for his connection - ""I've got seven women on my mind" is the second line of this classic, perhaps one of them was called Georgia?" and suggested the version of Georgia on my Mind from Annie Lennox.

But today's song is suggested by @RenZelen, with a fantastic explanation: "Take it Easy was a song that Jackson Browne wrote while he was living in an apartment in Echo Park, Los Angeles, and his upstairs neighbor was Glenn Frey, who heard him working on the song and told Jackson that he thought it was great. Browne said he was having trouble completing the track and played it to Frey who came up with a the lyric: "It's a girl, my lord, in a flatbed Ford, slowing down to take a look at me." Browne turned the song over to Frey, who finished writing it and recorded it with the Eagles. Jackson Browne himself covered the Nick Lowe song “(What's So Funny 'Bout) Peace, Love, and Understanding" which was also covered by Elvis Costello. Elvis Costello came from Twickenham, as did duo Peter Cox and Richard Drummie, otherwise known as Go West - So, I nominate a bluesy song with great vocals by Cox - ‘The King is Dead’ by Go West. "

So how are you going to beat that one for tomorrow's #NotBaconBits connection?