#NotBaconBits - From The Band to... 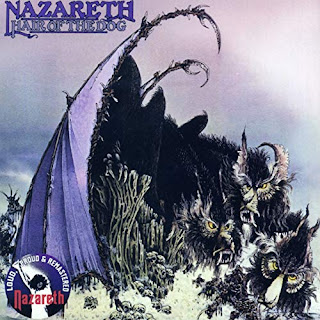 Yesterday we played The Weight by The Band. So what's the connection for today's #NotBaconBits...

@wolfpaw36 came up with a superb connection today to his own choice of The Band yesterday:

"'This Wheels on Fire' by The Band was covered twice by Julie Driscoll, second time with Ade Edmonson, who was with the Bonzo Dog Doo Dah Band for a time in place of Vivian Stanshall, who was Master of Ceremonies on... Mike Oldfield's Tubular Bells."


However, in contrast to the complexity, @OmandOriginal took an easier line for today's #NotBaconBits choice with this:

"After complicated reasons yesterday, I'll give you a simple connection to play with. The first words of yesterday's song, The Weight, are 'I pulled into Nazareth' so here's that hard rocking Fife band of the same name with their superb cover of a song first recorded by The Everly Brothers way back in 1960 and it's a version that always makes me cry. Love Hurts by Nazareth."

So what will your choice for tomorrow connect to? Nazareth? Fife? The Everly Brothers? Love? Something completely different? As long as you can show your working, it's a valid choice.