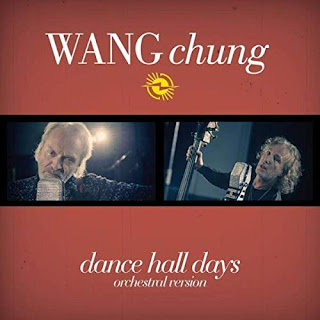 Wang Chung has returned with their original key protagonists, Jack Hues and Nick Feldman, and a new orchestral version of a hit song...

Having become a staple of movie, TV, game soundtracks and commercials over the years, they are releasing an orchestra-boosted version of their seminal track, Dance Hall Days, the first release from a whole album the duo have recently recorded revisiting their pivotal songs with a full orchestra. With the City of Prague Orchestra, they bring new life to some of their classic tracks, including Dance Hall Days; Everybody have Fun Tonight; Let’s Go and Space Junk.

After a twenty-year break, Wang Chung reformed in 2010 and have successfully toured the world ever since, as well as delivering the critically-acclaimed album of new material, Tazer Up in 2012. Dance Hall Days is prime Wang Chung, a track which has found itself as not only a huge international hit but also cementing itself across TV, film and video games up to the present day. Featuring in films such as Bachelor Party, The Fighter, Deadpool and Bumblebee; TV shows including Breaking Bad, Mr Robot, Saturday Night Live and Glee, not to mention to console phenomenon, Grand Theft Auto, Dance Hall Days sounds as fresh today with its new make-over as it ever has.


As a side note, "Everybody Wang Chung Tonight" is a lyric from Everybody have Fun Tonight  which has passed into popular culture in a way few others have since, and is being submitted to lexicographers for consideration to become a recognised verb because many have debated its meaning over the years: