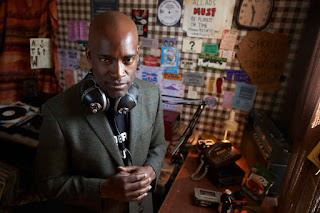 Sheffield Doc/Fest has announced some of the celebrated figures in the music and film worlds who will be attending the documentary festival in June, as part of the Doc/Rhythm strand...

Nick Broomfield will return to Doc/Fest in his 50th year of filmmaking with the UK premiere of his latest documentary Marianne & Leonard: Words of Love, a beautiful yet tragic love story between Leonard Cohen and his Norwegian muse Marianne Ihlen. Their love began on the idyllic Greek island of Hydra in 1960 as part of a bohemian community of foreign artists, writers and musicians. The film follows their relationship from the early days on Hydra, a humble time of ‘free love’ and open marriage, to how their love evolved when Leonard became a successful musician. It was on Hydra in 1968 that director Nick Broomfield, then aged 20, first met Marianne Ihlen. Marianne introduced him to Leonard Cohen’s music and also encouraged Nick to make his first film.

Widely regarded as the Godfather of British hip-hop Rodney P, who formed the seminal London Posse in 1987, and has collaborated with a diverse range of artists including Omar, Roni Size, Nitin Sawhney and Björk, will talk at the Crucible along with producer Jaimie D’Cruz (Acme Films/Exit Through the Gift Shop), about his musical and documentary career and future plans. More recently Rodney has authored a number of documentaries exploring both British and global music culture, including The Hip Hop World News, The Last Pirates – Britain’s Rebel DJs and Bass, Beats and Bars - The Story of Grime, offering an alternative historical perspective to recent music phenomena.

Filmmaker and artist Jenn Nkiru -- whose visceral ode to the magic of Blackness Rebirth Is Necessary was in competition at last year’s festival -- returns to Sheffield to present the UK premiere of her new archive-based short, BLACK TO TECHNO, commissioned as part of the Frieze x Gucci ‘Second Summer of Love’ series, created by producer Jacqueline Edenbrow. This new film, which continues her reinvention of film language, explores the origins and impact of the radical musical movement that originated in Detroit as an expression of revolutionary hope and optimism. Described by Nkiru as a ‘cosmic archaeology’, the film offers not a simple origin story of techno but rather a spiky collage of intersecting narratives and conceptual frameworks, archival references and original imagery. BLACK TO TECHNO excavates the unique and total nature of the circumstances that birthed techno: touching on everything from Detroit’s heritage as the home of Fordist automation and the rhythm of the production line, to the influence of the Motown artists, and the city’s groundbreaking icon, Aretha Franklin.

Filmmakers Vasco Viana and Rita Maia -- Viana known for his work as cinematographer for two award-winning shorts by João Salaviza, Arena (Golden Palm Award, Cannes Festival, 2009) and Rafa (Golden Bear Award, Berlin Festival, 2012), and Maia, known for her work as an international club DJ, presenter at Gilles Peterson’s Worldwide FM, and curator of several Boiler Room sessions -- will present the international premiere of Lisbon Beat, a journey around Lisbon’s suburbs through the lives of a handful of diaspora musicians establishing their place to exist in a city of complex identity struggles. Different generations and backgrounds meet, Angola to São Tomé, Cape Verde and Guinea Bissau represented by old musicians and young producers. Among others, the film features DJ Nigga Fox who was represented by Portugal’s Principé label, and has recently been signed by Sheffield’s Warp Records.

Melanie Iredale, Interim Director, Sheffield Doc/Fest, “Doc/Fest has a great tradition of celebrating music, musicians and their films, and the 2019 festival promises to be another special year. We’re thrilled to be showcasing these new, reverberating stories spanning legendary and current worlds of rock’n’roll, hip hop, techno and the ‘ghetto sound of Lisbon’”.

Event Listings: (The full event programme will be announced in May)