Women Behind the Screens - The Music 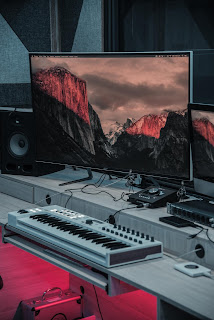 There's a theme day going on over at The DreamCage today and Susan Omand decided to take a look at the more musical side of the Women Behind the Screens...

More precisely, I've been looking at the numbers.  One study said that, for the top 100 fictional films at the box office in 2017, only 1 female composers worked (Rachel Portman in A Dog's Purpose), compared with more than 110 men. The study then went on to further expand that to say that, over the previous decade (2007-2016) no more than two female composers were employed in any one year on the top 100 films. That's 16 female composers out of over 1,200 credited names.

I also found a statistic for 2018 which said that only 6% of the top 250 grossing films in the US had female composers attached. That's only 15 films out of the 250 biggest box office hits in the USA.

So I decided to test the figures and went on to IMDb with the theory that I'll look through the top grossing films for last year until I find a top 5 which have a female composer listed. It took me until film 116 before I had my five which explicitly listed a female as a composer. I couldn't count the obvious one, A Star is Born (Film 11 on the highest grossing list), as composers weren't listed on IMDb but, even if I had, I wouldn't have had my five until film 108.

One thing I did notice though, going through all of those, was that the same names kept cropping up again and again and again, so it seems that, even if you're not female, it's a hard game to break into - I guess that, as in all walks of life, people stick with the tried and tested, who they know.

(yes I know, it was Benny and Bjorn from Abba that wrote the songs but someone had to do the inbetweeny just-musicy bits)