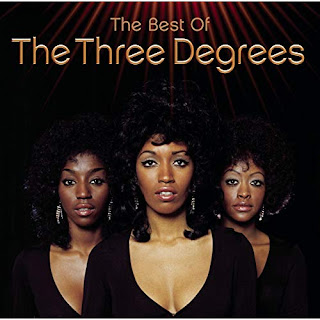 Inspired by our series of articles looking back at music released 30 years ago, Jimmy Hunter takes a step further back in time to give us a Song of the Day 1979. This week, he does a runner.. what? Oh, sorry, listens to The Runner from The Three Degrees...

1979 was the height of disco and so were its influencers and stars. Actually, as you'll find out later, pretty much anyone who could switch on a drum machine was riding the disco wave and I found that supremely irritating: there are always those who ride the coat-tails of others. But let's not overlook talent. There were a number of electronics moguls in the 70s whose work I've always loved: Giorgio Moroder, Jean-Michel Jarre (last week's TTND79), Mike Oldfield, Vangelis, Patrick Cowley (I'm leaving aside prog rock). When I listen to a number of tracks side by side I can see a shared influence, a desire to create and experiment, and definitely shared techniques.

My pick for this week is a dance track I love, but not for the reasons you may think: The Runner by The Three Degrees. I'm a fan of the Philadelphia sound but have never been a fan of this group. However, as disco reached its peak in 1979, so Giorgio Moroder also reached his. His collaborative work in 1979 was off the scale and in the coming months he'll feature in various SotD79 and TTND79 reviews. You can't avoid him and, quite frankly, if you're a dance/disco fan you wouldn't want to avoid him.

Penned by Moroder with lyrics by Sheila Ferguson (lead singer), and I hate to be disingenuous to dear Sheila, it could've been belted out by an disco diva of the time. What attracts me is the musical hook, the rhythm and the electronic wizardry that takes place in the much elongated middle instrumental section. What I also like, and it's formulaic, is the crescendo at the end of the instrumental section fading in the backing vocals and then batters into the verse-chorus-verse-chorus-all-hell-breaks-loose-to-fade. Excuse the hyperbole but this is what it feels like.

It's a well written and well constructed disco track but let's take a look at that instrumental section. The thumping baseline with accompanying synthesisers are mixed with sounds that you can visualise on an old oscilloscope. Those sounds always seemed familiar and there's a good reason - you find the same sounds, squeaks and farts, in the first couple of minutes of Jarre's Oxygène Pt II. funny that - or perhaps not. Moroder may have invented his fair share of electronics and battered the world with I Feel Love but he copied the sound not only for himself, but also for the great diva Donna Summer a year later on a b-side (With Your Love) of the Grammy award winning single Last Dance.

And for good measure can I just name drop by saying that I was at a dance premier in London last week and Jean-Michel Jarre was sitting behind me. Clearly I was simply TOO COOL to speak. We nodded and smiled!

On that rather pathetic note, put the headphones on, close your eyes and put yourself on the dance floor ...

P.S. The record in the video is real, except I have the 12" version in white vinyl. There. I've said it.