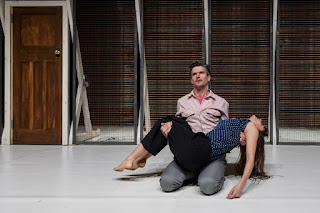 Lost Dog’s acclaimed production of Juliet & Romeo has toured the UK to packed houses, critical acclaim and award nominations and will perform for two shows only at the Linbury Theatre this April...

Inspired by Shakespeare’s tragic teenage love story, Juliet & Romeo is performed by the award-winning independent dance/theatre company LOST DOG. Lost Dog’s Artistic Director Ben Duke plays Romeo and dancer Solène Weinachter is Juliet in a touching, entertaining evening of text, music and dance depicting what might have happened if the lovers had survived into middle age...got married, had a child, and are now – for the purposes of this show – deep in marriage guidance counselling sessions. Juliet & Romeo runs alongside The Royal Ballet’s production of Kenneth MacMillan’s Romeo and Juliet which opens on 26th March, creating a thematic link between the two stages at the Royal Opera House. 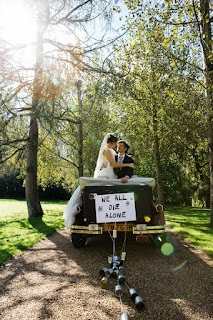 Ben Duke commented ‘We are delighted to be performing Juliet & Romeo in the newly refurbished Linbury Theatre and to be performing the work alongside the Royal Ballet’s production of Romeo and Juliet. Like the refurbished Linbury Theatre, our show is connected to what came before, borrows something of the spirit of The Royal Ballet’s production, but is entirely its own thing. It’s a show that invites the audience into a much more intimate relationship with these two well-known characters and the Linbury Theatre is the perfect setting for such intimacy.’

Ben Duke, Artistic Director of Lost Dog and performer - LOST DOG was formed in 2004 by Ben Duke and Raquel Meseguer to create work using text, movement and music in which dance is framed by stories and characters. Since then the company has won a number of awards including the Bonnie Bird UK New Choreographers Award (2005) for The Drowner; the Bloomberg Place Prize Award 2011 for It Needs Horses; Critics’ Circle National Dance Award for Outstanding Male Performance 2016 and the Rural Touring Award 2017 for Paradise Lost… which was also nominated for a South Bank Sky Arts Award.

LOST DOG’s award-winning one-man show Paradise Lost (lies unopened beside me) has been touring since 2015 and has continually won Ben Duke critical acclaim and new audiences. His most recent piece for Rambert, Goat, was nominated for a 2018 Olivier Award. Other work includes Home For Broken Turns (2012), Like Rabbits, made in collaboration with the British playwright Lucy Kirkwood (2014). Ben has directed and choreographed works for Rambert, Scottish Dance Theatre, Dance Umbrella, Phoenix Dance Theatre and more. He has performed with Probe, Hofesh Shechter Company, The Gate Theatre, National Theatre of Scotland, Glyndebourne Opera and Punchdrunk. www.lostdogdance.co.uk