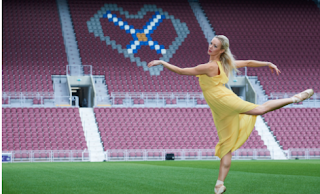 Edinburgh International Festival returns for its 73rd year on 2nd – 26th August 2019, bringing the best of theatre, music and dance from across the world to Scotland’s capital...

Councillor Donald Wilson, Edinburgh’s Culture and Communities Convener, said “This summer, the world’s greatest artists and ensembles will once again come together in our capital to celebrate the 72nd year of one of the biggest arts Festivals in the world.

“The Council and the city have championed the Festival since its inception in 1947 and more than 70 years on, the event continues to bring thousands of people together from all over Scotland and the world in celebration of arts and culture.

“From opera to the Los Angeles Philharmonic, Sir Ian McKellen to Jarvis Cocker, the 2019 programme will feature 2600 artists in a diverse mix of music, dance and theatre. This year, I am delighted to see the launch of You Are Here funded by the PLACE programme, a Council, Scottish Government and festivals partnership fund supporting creative programming, community engagement and skills development. It is also great to see the Festival return to Leith Theatre following the success of last year’s concerts – it has a great line up.

“With such a mix of community events and Scottish artists, and a truly international programme of opera, dance and theatre this looks like it’s going to be one of the most exciting International Festival programmes yet”.

Find out more and how to book tickets at https://www.eif.co.uk/