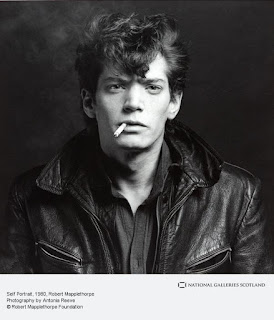 ARTIST ROOMS: Self Evidence – Photographs by Woodman, Arbus and Mapplethorpe is a new exhibition coming to the Scottish National Portrait Gallery next month...

ARTIST ROOMS: Self Evidence – Photographs by Woodman, Arbus and Mapplethorpe explores how three of the twentieth century’s most influential photographers addressed issues of self-expression, performance and truth. This new exhibition at the Scottish National Portrait Gallery includes over 40 outstanding works, from Francesca Woodman’s experimental images, to Diane Arbus’ raw, compassionate documentary photography, and the touching self-portraits that track the final years of Robert Mapplethorpe’s life.The works in ARTIST ROOMS: Self Evidence are drawn from ARTIST ROOMS, a touring collection of over 1,600 works of modern and contemporary art jointly owned by the National Galleries of Scotland and Tate on behalf of the nation. The collection is displayed across the UK through a touring programme, supported by Arts Council England, Art Fund and Creative Scotland. 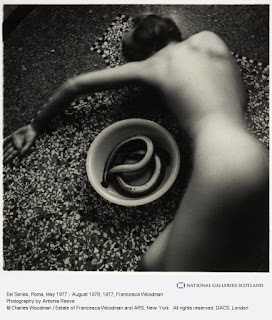 Francesca Woodman (1958-81) began exploring self-expression through photography at the age of thirteen and continued to experiment and develop her practice in the following decade. From her teenage years until her early twenties (Woodman died at the age of 22) she produced an astonishing body of work in which she was simultaneously the creative force and the ultimate subject. This blurring of the lines between artist and subject is brought to the fore in the work Woodman produced while studying photography at the Rhode Island School of Design in the 1970s. Woodman worked in an abandoned house near the campus, producing thoughtfully staged photographs of herself that experimented with slow exposures, blurred movement, shadows and reflections. She further developed her practice in a year of study abroad in Italy in 1977-78, using carefully chosen locations, lighting, clothing, props and her own body to produce innovative works including the lyrical Eel Series, one of which shows the photographer positioned alongside a fish, her torso curving and echoing its circular forms. Woodman’s work exquisitely balances performance and self-exposure, paving the way for later artists who used photography to explore issues of identity, such as Cindy Sherman and Nan Goldin. 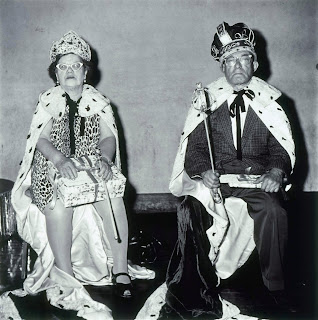 ARTIST ROOMS: Self Evidence will include a very rare portfolio of original prints by Diane Arbus (1923-71), A Box of Ten Photographs(1969-1971), which Arbus produced shortly before her death by suicide in 1971. These works were carefully chosen to encapsulate the themes that obsessed Arbus, and include some of her most iconic images, such as Xmas Tree in a Living Room, in Levittown 1963, and A Jewish Giant at Home with his Parents in the Bronx, N.Y. 1970. Having been awarded a Guggenheim Fellowship in 1963, and again in 1966, for a project looking at ‘American rites, manners and customs’, Arbus was part of a new generation of documentary photographers who sought to engage with people in a bold and direct style. She began assembling A Box of Ten Photographs in the years following the 1967 exhibition New Documents at the Museum of Modern Art, New York where her photographs appeared alongside Garry Winogrand and Lee Friedlander. Arbus gave considerable thought to what this portfolio should be and how it should look; ultimately deciding on a clear Plexiglas box and selecting a set of ten images that date from as early as 1963. There is a particular focus on families and identity with iconic portraits such as Identical Twins, Roselle N.J.1967 featuring within the portfolio. For Arbus the ten images represented who she was as an artist and how she saw her work in the world, a legacy which became more solidified with her death in 1971. 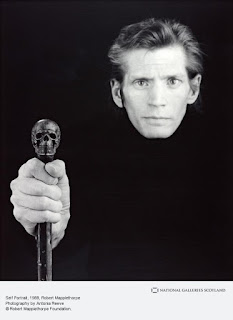 Finally, a series of self-portraits by Robert Mapplethorpe (1946-89) explores his varying personas, as expressed for the camera, and poignantly documents his declining health, as a result of having contracted AIDS. ARTIST ROOMS: Self Evidence, will be the first exhibition of the photographer’s work to take place in the Scottish National Portrait Gallery’s dedicated photography space since it was established with assistance from the Robert Mapplethorpe foundation in 2012 and named in the artist’s honour. Significantly, the exhibition will be held during the 30 year anniversary of Mapplethorpe’s death. Known for his explicit imagery, particularly his portrayal of the male nude, Mapplethorpe worked at a time when the conservative backlash against the socially progressive 1960s and 1970s was at its peak. His retrospective exhibition, The Perfect Moment was so controversial in the late 1980s that one venue cancelled the show weeks before its opening, while another institution found itself at the centre of an obscenity trial. These events have often overshadowed Mapplethorpe’s work, which at its core speaks to diversity within society by showing that it is not homogenous. For his series of self-portraits Mapplethorpe shows different aspects of his own personality—from the debonair romantic in a tuxedo to the devil sprouting horns, and ultimately ends with that of a man confronting his own mortality.

Anne M. Lyden Chief Curator, Photography at the National Galleries of Scotland said, “This exhibition is an opportunity to reflect on the important contributions from each of these three artists and how they used photography to explore and express the self, while simultaneously documenting the shifting world around us. Although these photographs were made in the 1960s, 70s and 80s many of the issues being addressed are still relevant to us today. There is still a fascination with how we are seen by ourselves and others in relation to the world we live in – our self-evidence.”

Ceri Lewis, Managing Curator of ARTIST ROOMS, Tate and National Galleries of Scotland added, “This is the first time that we are presenting ARTIST ROOMS at the Scottish National Portrait Gallery, and we are showcasing some of the greatest photographic portraits within the ARTIST ROOMS collection by three of the twentieth century’s most influential photographers. It is particularly fitting to be able to mark the 30th anniversary of Mapplethorpe’s death with this display in the dedicated photography gallery established through the generosity of the Robert Mapplethorpe Foundation.”