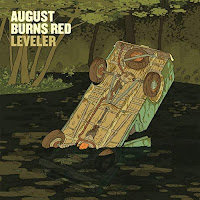 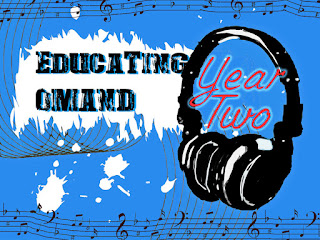 In an effort to further her musical education, Susan Omand has been set "homework" of listening to albums released after the 1980s that she has missed out on. This week she finds a Leveler with August Burns Red...

Now that’s a sentence I never thought I’d write but bear with me on this one. The way John Steinbeck novels are written, you can read pretty much every second chapter to get the story because the alternate chapters are all description, environment and rich writing rather than moving the plot on in any significant way. Now, if you’re like me, the descriptive chapters get read way more often than the story chapters do!

I went for the first listen through and track 1 starts off interesting enough, good guitar intro but, as soon as the vocals kicked in, I switched off. No, I mean I physically switched it off with a big sigh that it was another “thunka raar” album. It took all my willpower and then a bit more to try again a few days later. Second time out, yes I managed to listen to the end of track 1, not awful but very not great. And then…

Track 2, Internal Cannon, is immense!! It has Spanish guitars in it ffs! I love the thrash percussion and the guitar work, heavy and classical, is absolutely superb. I wondered if I had misjudged the album just because of a dodgy first song. But…

Track 3, Divisions, really did nothing for me. It’s just noise. Seriously. And I wondered if Internal Cannon had lulled me into a false sense of security only to be let down. However …

Track 4, Cutting the Ties, is immense again! Machine gun base, interesting stereo and highly melodic. The end of the track reminded me very much of Big Country live. Wonderful stuff, happy bunny.

Track 5 though, Pangaea, back to thunka meh.

And so it went on, odd numbered tracks nothing at all to write home (or here) about, while the even numbered tracks were all amazing in their own right with something incredible to lift it.

Track 6, Carpe Diem, is probably my favourite on the main album, the bluesy bends on the guitar are sublime and even the screaming was interesting.

Track 8, Salt & Light, takes a while to get going and I wondered if my algorithm had been disproved but no, part way through there’s a superb guitar break followed by some wonderful poetry, that you can actually understand. It’s lovely!

Sadly though, track 12, the title track of the album doesn’t fit with my projection and was, well, a bit rubbish but, I guess, it’s likely the single that the fans want and I was fully prepared for the album to have ended on a bit of a duff note.

But I was wrong. The album I listened to must have been an extended remaster or something because I got four extra tracks! Remixes of other tracks on the album (yes, including odd numbered tracks) that were all really amazing. Pangaea (track 5) turns from generic noise metal to a superb, ambient pop track, Boys of the Fall (track 11 on the main album and not worth mentioning before) is stunningly complex classical piano and the remix of Internal Cannon (track 2) really went to town with a full acoustic version, so my Spanish guitars went extra Spanishy (which is a good thing). And the best fun is the remix of Empire (track 1) which went all 8-bit computer game midi retro!

So, yes, this time you can very definitely class me as educated. Yes, there’s some generic trash on here but oh my god do the other tracks make up for it! Take my advice, as one who is now educated; read every second chapter of a Steinbeck novel and listen to every second track (and all the remixes) of Leveler from August Burns Red.