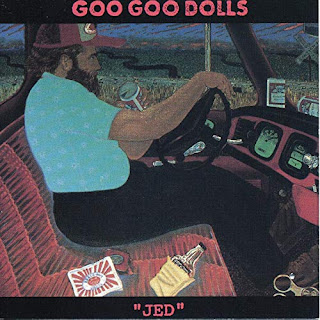 So many well-known albums turn 30 this year and Steve Taylor-Bryant and Susan Omand travel back to 1989 to revisit some of the sounds of their youth that made parents shout "Turn that noise down!" This week, Steve goes gooey over the Goo Goo Dolls album Jed...

I’m not sure Jed will be remembered as the Goo Goo Dolls best release, it’s certainly not their most commercially accessible album, but I really do have a soft spot for its punk pop energy. There’s nothing groundbreaking about Jed, it’s just lots of fast tempo fun track after track. Out of Sight and the brilliant Up Yours open the album well and follow up track No Way Out offers nothing new. 7th of Last Month is more stylistic in the loosest definition of the word, and I’m a little in love with the bass on Love Dolls.

Sex Maggot is more punk influenced madness and Had Enough much the same. Road to Salinas is probably my favourite of their original material on the album and Em Elbmuh is just noise to start with but still, nope stays as noise. Misfortune is another great little garage band tune as is Artie. James Dean offers a little respite from the pounding drums if it was needed, it wasn’t by me but might be by some, and is a great record in itself, but it’s two covers that steal the limelight. The Rolling Stones Gimme Shelter should honestly always be played like this! It’s a rapid pace, full of distortion and angst and I love it. Down on the Corner, originally by Creedence Clearwater Revival, shows musical aptitude that maybe lacks in some of the own material stuff and I would imagine is great live.

There’s nothing to hate about this album although I’ll admit it’s probably not everyone’s cup of tea.