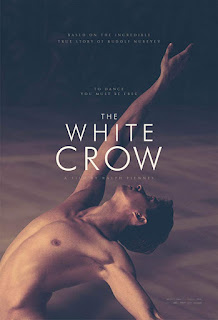 The incredible true story of legendary dancer Rudolf Nureyev is brought vividly to life in a new film directed by Ralph Fiennes from a script by David Hare. Watch the trailer for The White Crow...


Rudolf Nureyev, a remarkable young dancer of 22, is a member of the world-renowned Kirov Ballet Company, travelling to Paris in 1961 for his first trip outside the Soviet Union. But KGB officers watch his every move, becoming increasingly suspicious of his behaviour and his friendship with the young Parisienne Clara Saint. When they finally confront Nureyev with a shocking demand, he is forced to make a heart-breaking decision, one that may change the course of his life forever and put his family and friends in terrible danger.

Inspired by the book Rudolf Nureyev: The Life and starring Oleg Ivenko, one of the leading dancers of the Kazan ballet troupe, alongside Ralph Fiennes, Adèle Exarchopoulos and fellow Russian ballet star Sergei Polunin.

The White Crow will be released on March 22nd.