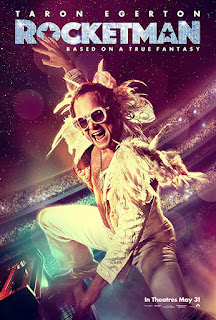 Billed as "an epic musical fantasy about the uncensored human story of Sir Elton John’s breakthrough years" watch the full trailer for Rocketman...

With Elton and Edgerton doing their sing thing at Elton's Oscar's viewing party the other night, everyone is now mightily impressed that Taron Edgerton can, and does, really sing in the new Elton John biopic.

The film will hit our cinema screens on 24th May