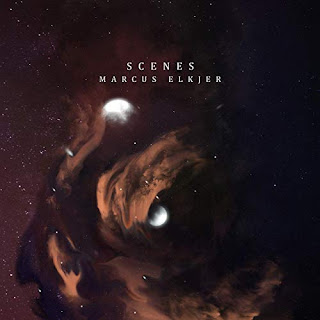 Inspired by the cold and rough Scandinavian nature as well as the pulse of the city of London, Scenes is a captivating debut EP with its moody and cinematic piano compositions, current electronic textures and hints of dark pop.

For the past few years, Marcus Elkjer has lurked in the shadows of other artists working as a songwriter, composer and arranger. He has co-written pop songs heavily in rotation on Danish radio, arranging choir for the critically acclaimed SAVEUS and composed music for TV and film, but his true passion has always been classical music, and now he finally releases his debut EP ‘Scenes’.

Scenes emphasizes the capabilities of the 28-year-old Danish native and his flair for classical composition and love for electronic music. The EP is built around piano compositions, but also explores electronic production.

Marcus explains, “Scenes is a sonic journey into my subconscious. An accompaniment of the dreams I have. The songs encapsulate different scenes of a movie that has never been made but only exists in my mind. My hope is to make the listener connect with the sonic journey and possibly become part of it oneself.”

Listen to all 6 tracks below