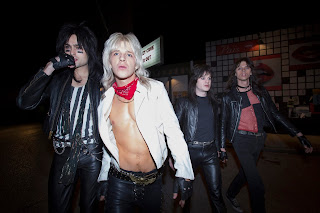 Their music made them famous. Their lives made them infamous. Watch the trailer for The Dirt, coming to Netflix next month...

Based on Mötley Crüe’s 2001 best-selling autobiography, The Dirt is an unflinching and uncensored story about sex, drugs, rock ‘n roll, fame, and the high price of excess.