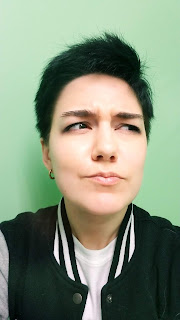 The Defective Inspector investigates some YouTube video evidence to highlight a hidden (in the UK at least) internet sensation known as SquigglyDigg...

Okay so let me get right to the point, this article is about the excessively talented Hailey “SquigglyDigg” Lain. I have too much to talk about in this article, so unlike most of what I do I am going to dive RIGHT in. Don’t blame me, blame the talent!

I originally discovered Squiggly (love that name) when looking for songs based on video games, in particular she was one of the big contributors to the BATM song “Welcome Home”. Welcome Home is a great place to start when talking about Squiggly and she is a lady of many talents! The most obvious in that is her singing voice, it slides into the swing music so fantastically that I was hooked from the get go. But during Welcome Home there is a set of 2D artistry which, as far as I know, is also Squiggly’s handywork. In fact animation is the everyday title of SquigglyDigg, she is an animator by trade. When you get to the end of the video you can see listed additional credits in composition, storyboards and direction. So when I said Squiggly was a lady of many talents, I wasn’t exaggerating.

Now I spoke about how Welcome Home was my introduction to Squiggly, the YouTube for Squiggly is filled with a variety of song styles. Squiggly mostly works alongside other talent to create covers of music which can get pretty damn broad. When it comes to more fast paced music you can see skill with Genuine when she did a Capella version of JT Music’s Cuphead Rap. While still fast paced you get more of a vocal range where some epic high notes are hit in Devilman no Uta cover with The Musical Ghost. There is a pattern in Squiggly’s work that she enjoys working with people, a few names I’ve yet to mention include Victor McKnight and Gabe Castro, two people who I have spotted enough times to consider them strongly connected with Squiggly’s work. My envy of singing prowess reaches maximum levels when there are seemingly spontaneous moments of singing scattered throughout the YouTube channel. Small clips while wandering on a park where Squiggly decides her voice could not be contained and must erupt. Then, at peak envy, I have to tolerate Squiggly being a wonderful artist. 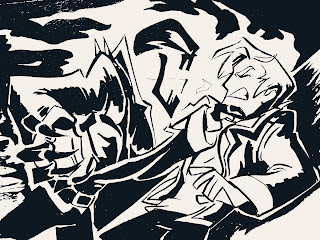 I said before, Squiggly is an animator by trade. How much we can talk about that is severely limited as… Well it’s her day job. Projects in the artworld cannot be cracked open as willingly when lawyers are involved. You can see the general talent in a few of Squiggly’s Art Streams where she begins a project of some sort and continued to develop it live before your very eyes. Well not live anymore… It’s a recording. Potentially there could be more in the future but with the most recent being over 5 months old now I wouldn’t hold your breath. Speaking with Squiggly I got the impression there was a theoretical line in the sand starting to form where here Hailey is an animator while Squiggly is a voice artist. If you look over her YouTube homepage it is primarily Let’s Play events, musical pieces and occasional pieces of art or animation. It didn’t stop me from trying to dig into Hailey’s life though. She was kind enough to tell me about a metaphysical project using classic Teen Titans style with Ghost Rider plots. She was even kind enough to provide me with a couple of concept art pieces which are just fantastic. I want it to be a thing, it looks glorious. 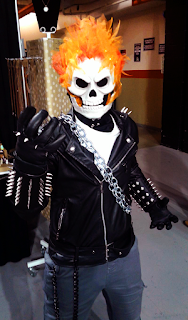 Now you could wonder what else I have to talk about. Well I was rather persistent in asking for more than just animator/singer SquigglyDigg but a bit about her as a person. In our brief interactions I got the impression she was a passionate and powerful individual, putting her heart and soul into any project she takes on. It doesn’t matter if it is cosplaying, singing, artistry, animation, direction and everything else I’ve discussed. Squiggly is a force of talent that shouldn’t be reckoned with. Luckily, she seems to be kind hearted as well, so don’t plan on having to live under the jack boot of a new regime. OH! And she can wiggle her ears. I never actually got evidence of that but it’s delightful to know none the less.

SquigglyDigg is a talented and delightful woman who has more talents than I can count without taking off my shoes. It was an absolute pleasure to speak with her before she launches into YouTube celebrity because frankly, it’s only a matter of time.