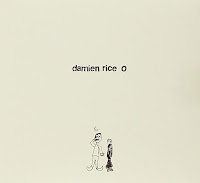 In an effort to further her musical education, Susan Omand has been set "homework" of listening to albums released after the 1980s that she has missed out on. This week she says O to Damien Rice...

Before I start this article, I need to apologise to this year’s #EducatingOmand teacher, David Ames, because I know that this is one of his all-time favourite albums. You may want to stop reading now, David, and take the TL;DR of “not educated this time…”

OK, well, you were warned. Rant incoming because this album just annoyed the hell out of me. I have tried. Honestly, I have. I’ve listened to the album about six times on the bounce now, just to try and be fair and objective about it, but I am desperate to shake Mr Ames by the shoulders, then sit him down in front of the stereo and make him listen to The Waterboys, Van "the Man" Morrison and The Chieftains so that he understands what decent Celtic music actually is instead of this vacuous nonsense.

That’s the main problem, for me, with the majority of this Damien Rice album. It’s pure popcorn music but it has pretentions of being so much more than it is, so much so that I really want to slap it and tell it to stop trying so hard. Seriously, there’s no substance to it, it’s a candy coated, sanitised, pale imitation of the real thing. It’s bland and formulaic, I could complete a tick sheet of “things to include in yer generic Irish boyband pop ballad” and the only thing that’s missing on this album is the key change in the soaring orchestral strings backing where Boyzone or Westlife would stand up from their line of stools on the stage. No, I stand (sic) corrected, there’s a few things missing – and those are the other members of the boy band. At least Boyzone and Westlife had more than one person on the stage to share the blame.

I will admit that it doesn’t help that Cannonball, the single off this album, was played pretty much constantly on the local radio station when it came out (I hated it then and I hate it now; whiny, insipid, self-indulgent twaddle) but I was willing to give the rest of the album the benefit of the doubt because every album these days (yes I know this album came out in 2002 but that’s “these days” to me) has that one overly commercialised track that got turned into the single and there are bound to be hidden gems in there somewhere.

Nope. It’s nearly all like that. Breathy falsetto singing in that slightly off key “meant to be endearing” under-produced way that Ed Sheeran got to work 15 years later but he gets off with it because he doesn’t pretend that it’s anything other than vacuous pop. Damian Rice takes everything far too seriously but doesn’t have the clout to make it stand so it comes across as pretentious, teenage angst rather than anything truly significant and meaningful. As I alluded to at the start, this kind of music has been done so much better by so many other people out there that this album is unnecessary and maybe even a cynical cash cow to get money out of the “romantics”. David will tell me it’s all about the lyrics (I can hear his voice in my head now) but, if you want Irish poetry set to music, I point you to the whole album of WB Yeats work set to music by the Waterboys. You want romance? Look no further than Van Morrison’s original version of Have I Told You Lately which tells you everything about matters of the heart. And if it’s heartache, darkness and melancholia you want, you only need listen to The Chieftains doing Long Black Veil.

However, out of the whole album there is one track that may… just may… prove to be the saving grace. Gone are the soaring strings, the jangly guitars and the voice that sounds like Dido trying to be Davey Arthur. This one track has “something”. There’s more depth to it, more thought and introspection, it’s not a bleeding heart worn as a badge of honour, there’s that taint of drunken cynicism that all good Irish music needs. With the trad jazz background and the richer vocals, it’s different enough to be more than quirkily twee. So, for that one only, I say Cheers Darlin’.