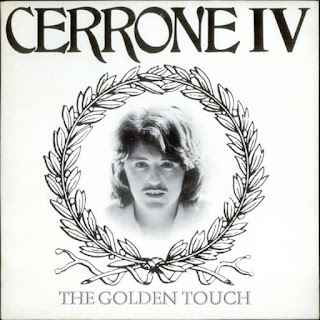 Inspired by our series of articles looking back at music released 30 years ago, Jimmy Hunter takes a step further back in time to give us a Song of the Day 1979. This time, he adds that little je ne sais quoi with Cerrone...

I've been following AlbieMedia and The DreamCage, their creators and contributors, for a long time and I'm delighted to be taking part in what they do. Having loved Susan's education on new music and music from 1988 last year, now moving into 1989, I'd like to go back a bit further - a decade, to be precise.

1979 was a big year for me in many ways: I turned 14, I made many discoveries about myself and the world around me, my interest in music took a definite turn down the path of disco and commercial soul and I began to develop a love for the cold war. I also decided that I hated punk but that feeling wasn't generated from the music and, as I matured, I went back to punk and appreciated it more and more.

My first choice for Song Of The Day 1979 is a composer and artiste I'd followed since autumn 1978 with his release of Supernature: Cerrone. Marc Cerrone, a French musician, had been active on the funk, soul and latterly disco scene in France for a number of years and his first hit, Supernature, really struck me. His use of electronics, synthesisers and rather famous backing singers and an unknown talent at the time, Lene Lovich (who wrote Supernature) ensured him of great critical success, success on the dance floors of Europe and then the USA with the release of The Golden Touch, but not commercial success.

From Cerrone IV - The Golden Touch, is my choice this week: Je Suis Music. Again with Lene Lovich writing the lyrics, this track propelled him to the top of the dance floor charts across Europe and the USA but didn't bring much commercial success at all. As with Supernature (a post Planet of The Apes setting), this song is a cry from the poor factory workers and underdogs of the world, choking on their own industrial success:

"All alone, the city slaves
Choking on the smog they make
Changing the light of day
As they pray for a way out"

Cerrone has since gone on to work with the likes of Nile Rogers and his work has been much sampled over the last 40 years by the likes of The Beastie Boys (of all groups), Bob Sinclair and Run-DMC.

Some years ago the legendary DJ Armand van Helden released an amazing remix of my song choice which brought it to a whole new audience / generation.

There's no video to this track but here's the full 12" mix to enjoy.