Our Defective Inspector sees through the ol' razzle dazzle and creates a song and dance about the film version of Chicago...

You’d be right to ask the question; why the hell is this dude reviewing a movie over 15 years old? Well here is the thing, I thought I loved almost any big musical. It doesn’t matter if it is live, in the theatre or adapted for the silver screen I was yet to find a musical I didn’t like. Then Chicago shows up and it all went to hell. This article is not a critical review of an ageing movie, but more a discussion of how it missed its own mark.


For those who have never watched the movie, the plot isn’t exactly deep. The main character, Roxie, is a showbiz obsessed nobody who will do almost nothing to become a headliner. That isn’t a typo, the start of the movie is mainly her sleeping with a furniture salesman hoping that’ll the end result would be fame and fortune for some reason. Sadly the furniture salesman is not the main actress’ husband and… Something something something, she shoots the furniture salesman. What follows is a very long drawn out song and dance about how she will be proven innocent despite it not being so. The plot is shallow as a baby’s bathwater but musicals are not usually known for their plot, it’s the song and dance that wins everyone over sometimes in spite of the plot.


Herein lies the problem, Chicago is a beautiful theatrical piece. The choreography, the 1920’s noir lighting, the musical numbers, they all would be beautiful… for the theatre. It seems the director Rob Marshall believed the most important thing when making this movie was to replicate every musical number as if it was performed on the stage. Now I get the message he’s trying to get across, hell it is plastered so thick I could fix the hole in my wall, the movie is about the theatre so it should happen like it is the theatre. Very “clever”, the only problem is this put me in a position of feeling hollow towards every performance. I am not impressed with dance numbers that can be edited or reshot until perfection has been achieved, when you watch it in a theatre everything and anything can go wrong, but not in the movies. So while many will praise the exceptional dance numbers I find it merely a matter of time until these great shots were made and that deflates my love for them. 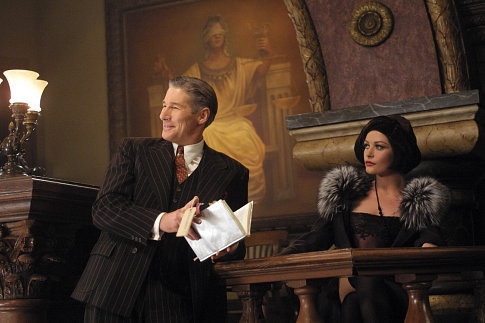 Now you’d be forgiven if you were angry at me here. There is a boat load of talent throughout the movie and god dammit you are right. Upsettingly my favourite character, both for talent and concept, was Richard Gere’s Billy. Something about the excessive over the top nature of it all suits me so well that I cannot help but love this insane and slimy lawyer. Oh and that tap dance scene, genuinely loved it. But I SHOULD be loving Roxie, but I have no reason to like much of anyone in this movie. Roxie? Cheating on husband and showbiz obsessed. Matron Mama? Corrupt warden with borderline sociopathic tendencies. Velma? Jealous shrew. Amos? Spineless moron. If the point was to make every character unlikable then it was achieved perfectly. Maybe that’s what I am missing, the movie is meant to make me hate it because it’s a piece on the corruption and sleaze clogging up both showbiz and Chicago. Problem is I want to be entertained, not lectured by a pre-dated Ted Talk. 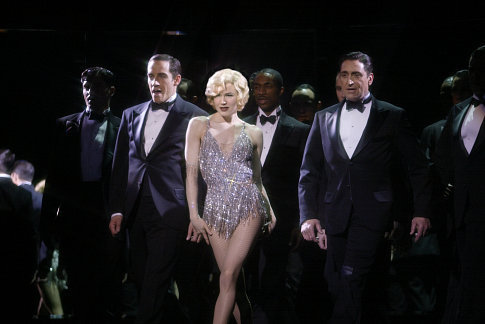 But beyond all that, you know what I hate the most? The accents. They drove me insane, but it got even worse when they sang with the accents. It’s a tremendous shame because I can tell in the movie there is an overwhelmingly huge amount of aptitude. Even John C Riley took a chance at singing and passably went through the motions! But this is probably why I don’t like this movie. The talent is wasted on forgettable songs, ridiculous direction and excessive “Hey I’m Walkin’ Here” accents.

Chicago is as vapid as it wanted to be, proving showbiz is just a hollow joke. Problem was that’s why I don’t want to watch it again.