News - Manga at the British Museum 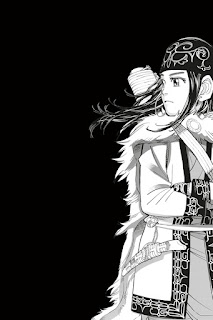 In May the British Museum will present the largest exhibition of manga ever held outside of Japan...

Manga are Japanese comic books or graphic novels with a twist, serialised in magazines and read by a global audience. A multi-billion-pound business that embraces anime and gaming, manga are a global phenomenon and have forged a new international visual language. The original translation of the characters for manga was ‘pictures run riot’, associated with the great 19th-century Japanese artist Katsushika Hokusai whose miscellaneous drawings of people, animals and nature were published as ‘Hokusai Manga’. Since then, however, the medium has evolved to become a form of immersive story telling with unique characters and embracing universal issues. The Citi exhibition Manga will bring to life the art of manga, looking at how it emerged in Japan and grew to be a worldwide cultural phenomenon. It will explore manga’s enduring appeal and cultural crossover, showcasing original Japanese manga and its enormous influence, from anime to gaming to ‘cosplay’ performance art. 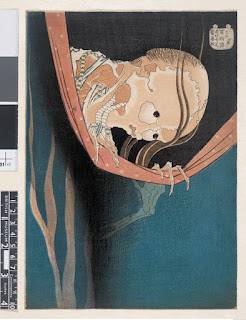 With its world-renowned Japanese collections and expertise, and working in partnership with manga artists, editors, publishing houses and specialists in Japan, the British Museum is uniquely placed to take visitors on a journey through the phenomenon of manga. From earlier forms such as the comic or dramatic designs by famous Japanese artists such as Katsushika Hokusai (1760-1849), Kawanabe Kyōsai (1831-1889) and others through to the 21st century, today there is indeed a manga for everyone. Featuring unprecedented loans from across Japan, the exhibition will reveal the inner-workings of this billion-dollar industry. The exhibition design and interpretation will transport visitors into the immersive world of manga. Visitors will be able to enter a rendering of the oldest surviving manga bookshop in Tokyo, go inside the artists’ world, meet the manga editors and be ‘manga-fied’ in a special photo booth. Audio and video installations will help bring the world of manga and its characters to life. The exhibition will also explore Manga fandom through big conventions such as Comiket and World Cosplay summit, immersing the visitor in the experience of one of these events, as well as providing an opportunity for visitors to try on a costume and share via their own photos. 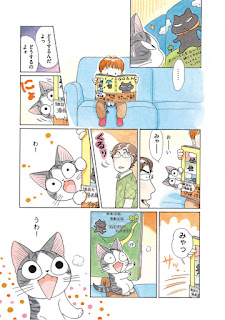 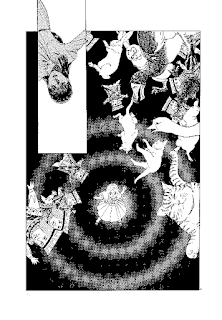 There are many manga, with a vast variety of styles and subject matter so there is something for all ages, reflecting different voices, identities and forms of expression. Breaking the Guinness Book of World Records for the most copies sold for the same title by a single author, the manga ONE PIECE written by Oda Eiichirō is a global phenomenon. The story chronicles the adventures of Monkey D. Luffy and his band of young pirates as they travel the seas in search of the world’s greatest treasure, the legendary ‘One Piece’, so he can become the pirate king. Spanning 91 volumes, made into anime and even a Kabuki performance this manga is enjoyed by people of all ages all over the world. 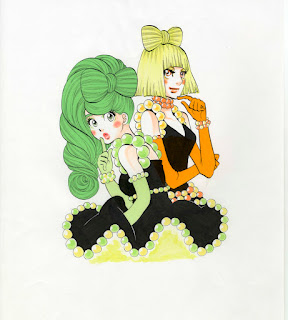 Manga can also tackle serious issues; for example, Princess Jellyfish (Kuragehime) a manga series primarily for women, written and illustrated by a woman, Higashimura Akiko (b. 1975). The series explores expression of gender and identity through a fictional apartment building in Tokyo where only female tenants are allowed. A friendship is formed between one of the tenants and the illegitimate son of a politician, who cross-dresses to avoid his patriarchal duties and to feel closer to his mother. Both of these examples demonstrate the ability of manga to reach and appeal to a wide range of audiences across multiple platforms. 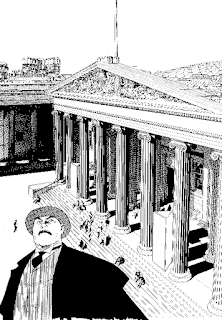 The British Museum has itself starred in a manga, in Hoshino Yukinobu’s 2010 Professor Munakata's British Museum Adventure, in which a popular character, professor of folklore at the fictional Tōa Bunka University, embarks on a gripping adventure of potential robbery and retribution in the Museum galleries.

One of the most exciting objects travelling to the UK for the exhibition is the Shintomiza Kabuki Theatre Curtain, generously loaned by the Waseda University Theatre Museum, Tokyo. At 17 metres long and 4 metres high, this giant curtain was originally made to be displayed between acts at the Shintomiza kabuki theatre and will be shown in its full dynamic splendour along one wall of the Sainsbury Exhibition Gallery. Created in 1880 by the painter Kawanabe Kyōsai, the curtain features painted demons and ghosts which emerge from the interplay of lines and colours, leaping out and blurring the worlds of reality and fantasy, as in much of Kyōsai’s art and the printed manga books he produced. Visitors will be able to glimpse the curtain throughout their manga journey in the exhibition, understanding the interplay between traditional brush art and modern manga. Due to the delicate nature of this incredible object, this will be the last time it will travel outside Japan. This exhibition provides a unique opportunity for many visitors in the UK to experience this impressive curtain that is among one of Japan’s most compelling artistic treasures. 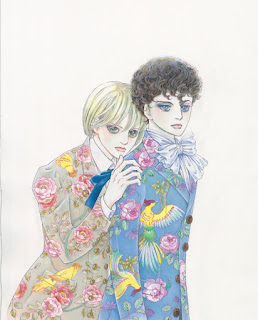 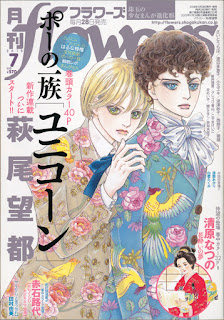 Anime and gaming grew out of the manga art form and are immensely popular in Japan and internationally. Anime can trace its origins to 1917, growing in popularity from the 1960s to the global creative industry it is today. Anime will feature in the audio-visual content in the exhibition and an extensive public programme including anime film screenings, late events, lectures and workshops will be revealed in spring 2019.

Hartwig Fischer, Director of the British Museum, said ‘Manga, the modern graphic art of story-telling first perfected in Japan is now loved all over the world. Building on Japan’s centuries-old tradition, the best manga have the visual power to excite us and draw us into their world, with inventive storylines that engage our emotions. The British Museum cares for one of the finest collections of Japanese graphic art in the world. It is our privilege to invite the modern masters of manga to join company in this exhibition with the great masters of the past such as Hokusai and Kyōsai. I would like to thank Citi, whose on-going support has allowed the Museum to realise this ambitious exhibition, and our logistics partner IAG Cargo who will help us deliver these loans to the UK. And thanks to our friends at the National Art Centre, Tokyo and the Organisation for the Promotion of the Display of Manga and Anime for their help, support and assistance’.