News - In Search of Mona Lisa 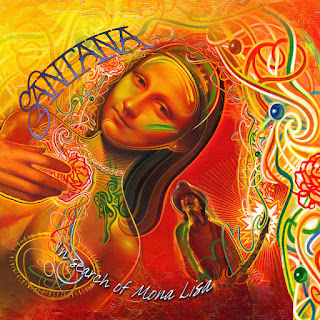 Santana will release a dramatic new EP, In Search of Mona Lisa, on January 25th...

Three spellbinding and transportive new songs takes listeners inside a magical and deeply personal experience Carlos had when he visited the Louvre Museum and set his eyes on Leonardo da Vinci’s beguiling masterpiece.

In all of the years that the guitar icon had visited Paris, he had never been to the Louvre, but on a recent day off while on tour, he decided to go to the museum with his wife, drummer Cindy Blackman Santana, and his family. All it took was one look into the implacable eyes of the Mona Lisa for Santana to feel as though something strange and powerful was taking place.

“It was the first time that I ever woke up and lyrics were there in a tangible way,” Santana said. “I could just grab them and write the songs.”

As well as the EP, a new full-length album produced by Rick Rubin will be released this summer.