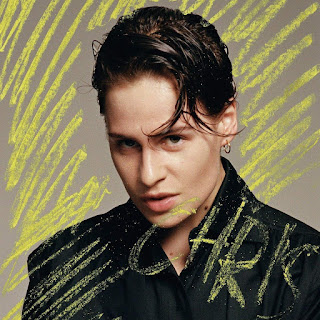 After the album Chris making it on to nearly every "Best of 2018" list, Christine and the Queens offer up a new filmed live performance...

Performed and filmed exclusively for YouTube at Los Angeles' legendary Capitol Records Studios, the first song from the session is Comme Si.

Chris also performed a live version of The Walker, as well as debuting a defining cover of Sade's iconic 1992 hit single No Ordinary Love for the first time. Last month, she also released the Spotify Singles session, recorded at RAK Studios in London in September 2018.These releases cap an incredible year for the French artist, coming after the end of her critically acclaimed sold out Chris world tour, including two nights at Brooklyn Steel, two nights at London's venue Eventim Apollo and ended with two incredible nights at the 18,000-capacity AccorHotels Arena in Paris to rave live reviews.

The album Chris was written, arranged, produced and performed by Christine and the Queens. It is the follow up to her already-iconic debut record Chaleur Humaine / Christine and the Queens , released to near-universal acclaim in France in 2014 and the UK in 2016, and selling more than 1.3 million copies to date. Also featuring the singles Girlfriend and 5 Dollars, and available in English and French language versions, Chris is available in digital and physical formats, including double CD and vinyl versions, as well as limited edition boxsets, courtesy of Because Music.