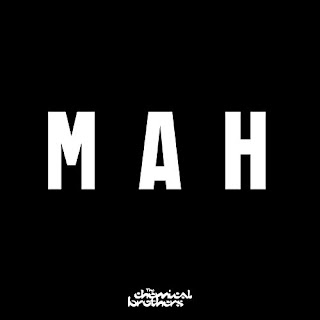 More new music has been released by The Chemical Brothers. Listen to “MAH” and watch the not-freaky-at-all new visuals filmed at the band’s recent sold-out London shows at Alexandra Palace...

Further to the announcement of major new tour dates for 2019 (see below), The Chemical Brothers have promo’d a visual filmed at the band’s recent sold-out London shows at Alexandra Palace, with new live favourite track MAH being released yesterday digitally and as a limited 12” vinyl, a double A-side with Free Yourself. Both songs will feature on their forthcoming ninth studio album, ‘No Geography’, out this Spring

Directed by Marcus Lyall and featuring visuals created by Adam Smith & Marcus, the video captures a taste of the band’s live spectacle, regarded as one of the best shows in the world right now.

The Chemical Brothers have sold more than 12 million albums and six million singles worldwide. They have had six No. 1 albums in the U.K. and were the first electronic act ever to receive a GRAMMY, winning in the Best Rock Instrumental Performance category for ‘Block Rockin’ Beats’ – the first of their four GRAMMY wins.

The Chemical Brothers 2019 ‘No Geography’ Tour Dates (more to be announced):

WATCH THE UK TOUR TRAILER BELOW

For more information on The Chemical Brothers visit their website.

Image - The Chemical Brothers
Email ThisBlogThis!Share to TwitterShare to Facebook