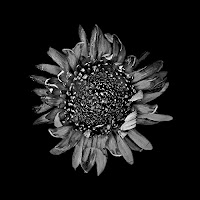 In an effort to further her musical education, Susan Omand has been set "homework" of listening to albums released after the 1980s that she has missed out on. This week she uncovers the art in Kezia by Protest the Hero...

Gotta love a good concept album. However, I must admit that the first couple of times I listened to it, I didn’t realise it was a concept album; It was only when I went digging to find out “what I had missed” that I made the discovery.

That’s not to say it’s a bad album at all without that knowledge though. Kezia is a solid prog metal album of great tracks with suitably driving drums, a thundering bassline and superbly fretwanky guitar work. The vocal by Rody Walker is also incredible, showing great scope and range without feeling forced at all. I even get why the shouty bits are there and liked the balance with the more poppy sound that appears, especially on Turn Soonest to the Sea. In fact, all the contrasts within each track are challenging, with changes in tone and tempo throughout, especially noticeable in Blindfolds Aside which flips between a light acoustic ballad and some seriously dark and heavy guitar. There’s also the odd unexpected orchestral burst peppered throughout the album, whether strings or piano, pulling me up short and re-engaging attention throughout, including an utterly brilliant piano intro to the first track on the album, No Stars Over Bethlehem (apparently only available on the remastered album I listened to). However…

However, I like to think that I know this year’s teacher, David Ames, a little bit, he has an enviable literary intellect and there had to be more to this album than that for him so I did a bit of reading up because I felt instinctively that I must have been missing something.

The concept of the album is explained in this quote, attributed to the singer Rody Walker: “The simple explanation is that you have three characters on the album who all describe a certain situation from their point of view, which is the execution of a woman. We chose a priest, a prison guard who's also the executioner and the woman in question, Kezia. They all have three songs to tell their story. In the first song they paint a general picture, the second track explains how the character feels connected to Kezia and the third one is their view on the shooting of Kezia. The last song on the album brings us as a band into the picture, although the lyrics are written in the form of Kezia's last words.”

Wow, right? Armed with these facts, I went back and listened to the album again and it added so much to my enjoyment of the work. I could really connect with the three characters through the music in an almost operatic way with certain instrumental trends and leitmotif phrasing delineating who was who, even without listening to the lyrics. Add those lyrics in and I could also follow the “story” strand of the album a lot better, knowing now to look for it, resulting in the triple set of triplets in the first 9 tracks building up a very rich picture in lyrical and musical text and subtext and, with the poignant finale in the tenth track pulling it all together, Protest the Hero have created a complete, complex and stunning work of art.

So yes, this time you can call me educated and, for me, it’s one of the few times that my appreciation of a piece of artistic work has benefitted from being explained by the creator rather than being left to the interpretation of the beholder.