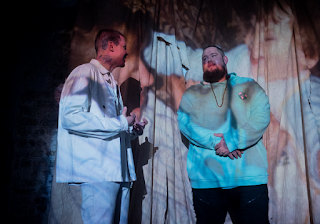 “Photographs conjure up so many different emotions. The ones I miss the most are the ones I never took. They are for me, in many ways, the memories I don’t have – especially the ones from my childhood. I wish I had more.” – Professor Green

Around the release of Photographs, Professor Green called on fans to share photographs of loved ones they had lost and the stories behind these photographs with the accompanying hashtag #wishthatitookmorephotographsofus. The response was overwhelming and some of those fans who shared their photographs and stories, (Yvette, Fiona, Meg), feature in the Simon Emmett directed music video alongside Professor Green, Rag‘n’Bone Man and Green’s grandmother, Nanny Pat.


With the reception to Photographs highlighting a need for this kind of dialogue around grief, Professor Green, alongside Cruse Bereavement Care, has launched a petition on Change.org calling on the government to nationally institute a National Grief Awareness Day. A day on which people can publicly mourn and celebrate their lost loved ones, call for more education about grief, and promote a proper engagement with the effects of grieving.

Produced by Fraser T Smith, TMS and Chris Loco, co-written with Emeli Warren and featuring the vocals from the inimitable Rag’n’Bone Man, ‘Photographs’ was premiered by Annie Mac on Radio 1 and is available across all platforms now.