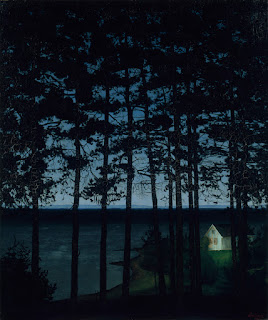 In February, Dulwich Picture Gallery will present the first ever exhibition outside of Norway of Harald Sohlberg (1869–1935)...

Timed to coincide with the 150th anniversary of the birth of Sohlberg, one of the greatest masters of landscape painting in the history of Norwegian art, it will bring together over 90 works, including archive material, to reveal the importance of colour and symbolism in his art as well as his unwavering passion for the Nordic landscape. 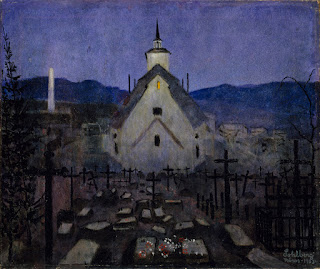 Harald Sohlberg: Painting Norway will be arranged chronologically, tracing the breadth of Sohlberg’s artistic career, from his earliest production as a twenty-year-old in 1889 through to the last year of his life, and will reveal influences such as Norwegian Naturalism and Neo-romanticism. It will showcase his most accomplished works including the atmospheric Fisherman’s Cottage (1906) on loan from the Art Institute of Chicago, and arguably his most ambitious work, widely considered to be the ‘national painting of Norway’, Winter Night in the Mountains (1914), of which he created many studies and variations. 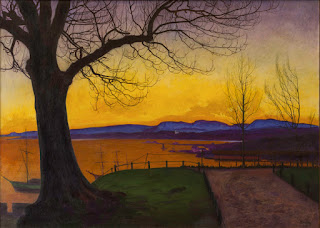 Like his peer, Edvard Munch, Sohlberg strongly denied the influence of other contemporary artists. Born in Kristiania (modern day Oslo) in 1869, he originally trained as a decorative painter, before studying for short periods under fellow Norwegian artists including Harriet Backer, Erik Werenskiold and Eilif Peterssen. Sohlberg then went on to attend the art school of Kristian Zahrtmann in Copenhagen, where he encountered the work of Paul Gauguin and other Symbolist and Synthetist artists. 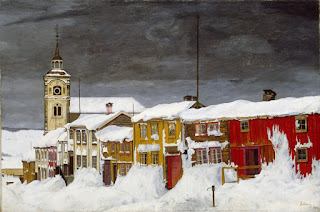 The exhibition will begin with two accomplished self-portraits, and will consider Sohlberg’s identity and early development; in particular, how he found his subject in the Norwegian landscape. It will highlight the significance and emergence of colour in his work as well as the influence of Symbolist art and thinking, particularly in his exploration of the popular, and mysterious, 19th-century theme of the mermaid. The exhibition will also introduce visitors to Sohlberg’s celebration of the rural landscapes of Norway, providing a snapshot of his time. Works such as Summer Night (1899) and Sun Gleam (1894), reveal one of Sohlberg’s characteristic interests in alluding to the human narrative in his paintings, despite the absence of any figures. 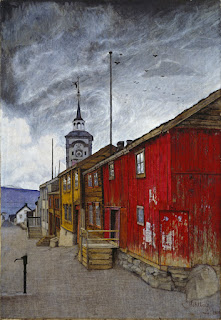 Although Sohlberg studied and travelled abroad, it was in the villages and nature of Norway that he truly found his voice. The exhibition will give particular focus to Sohlberg’s paintings in and around the small mining town of Røros, now a UNESCO World Heritage site, that sits high on the mountain plains of central Norway. He lived there with his wife from 1902-1905 and the town’s colourful, wooden houses - in stark contrast to a bright, white snow - inspired a large body of his paintings and studies including Street in Røros in Winter (1903). 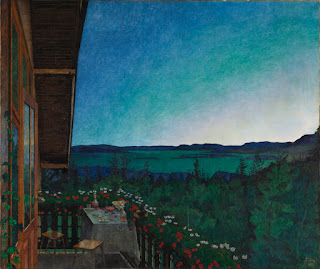 The exhibition will culminate with a room dedicated to Sohlberg’s time in the Rondane mountains. His most famous work, Winter Night in the Mountains, finished in 1914, takes centre stage. It took 14 years to complete, and several studies on display will offer a rare insight into his creative process, revealing his near life-long obsession with the subject and the physical extremes of his approach to painting. 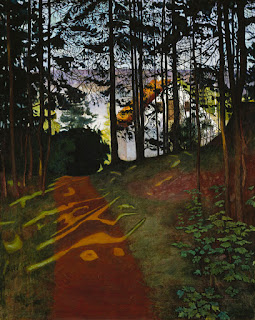 The exhibition is guest curated by Kathleen Soriano, independent curator, author, broadcaster, and expert judge of Sky Arts ‘Artist of the Year’. Speaking of the exhibition, she said, “Harald Sohlberg’s acutely observed Norwegian landscapes will bring intense colour and drama, as well as mood and symbolism to Dulwich Picture Gallery. Celebrating the distinctive style of his painting, the exhibition champions this artist whose work captures both a sense of the everyday and an elegiac, mystical spirituality.” 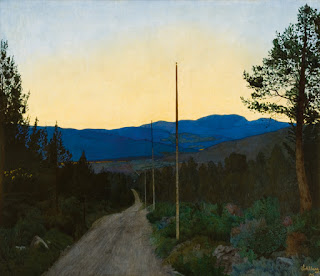 Jennifer Scott, The Sackler Director of Dulwich Picture Gallery, added “What better way to start the New Year than with a touch of Scandinavian enchantment? We’re bringing Norway to London, through Sohlberg’s sun-drenched fjords, moonlit mountains, and picturesque towns blanketed in snow. This unprecedented opportunity to enjoy Sohlberg’s greatest works together means that audiences in the UK can discover Norway’s best-loved artist and - until now - their best-kept secret.” 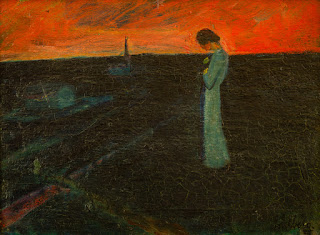 Harald Sohlberg: Painting Norway will also feature a newly commissioned installation by German-born, Bristol-based artist, Mariele Neudecker. Breathing Yellow: And then the World Changed Colour is the latest in Neudecker’s series of tank works and is inspired by the Norwegian landscape and Sohlberg’s work. It can be experienced in the unique setting of the Gallery’s mausoleum throughout the running of the exhibition. 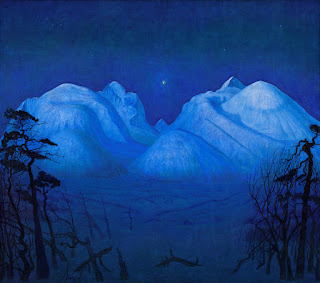 Harald Sohlberg: Painting Norway is on from 13th February to 2nd June 2019. Find out more on the website.