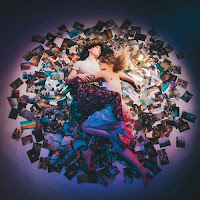 Having been caught doing maths in music class, Susan Omand has been given detention and yet another list of albums to listen to in order to further her music education. This time she gets nostalgic over shouldhavebeens by Tengil...

Back in the mid 1980s there was a “sound,” a style of music, that came out of the Glasgow music scene. It was kind of a blue-collar folk-rock, telling nostalgically of a disappearing urban landscape - the factories, the shipyards, the mines, the hardship and dirt of tenement living balanced with the intense community spirit that, even then, was beginning to be erased by the march of progress. It spawned bands like Deacon Blue, Hipsway and Del Amitri and that’s who Tengil remind me of, Del Amitri, just with a bit more oomph, twangier guitars and heavier percussion… Del A-meatier-I if you will [no, no we won’t – Ed.]

Anyway, so I went looking to find out a bit more about the band because I hadn’t heard of them before and this is, after all, meant to be an education. As it turns out, I couldn’t have been more wrong in my assumptions. Tengil are a relatively new Swedish post-hardcore band who play, and I quote, “atmospheric, experimental heavy music that is at once nostalgic, quasi-symphonic and spiritually violent.” Ah. Oops. Well, it just goes to show you that you shouldn’t live your life according to tick-boxes. If I’d read that about the band, I think the music on shouldhavebeens, which was just released in April this year, would have been disappointing, if I’d even listened to it at all which, if it wasn't for Educating Omand, I probably wouldn't have done. Because this is a really good album, it’s just not “atmospheric” or “spiritually violent” or even, really, “experimental” to my mind, even with its 9 seconds of A Lifetime of White Noise silence in the middle, presumably when you're meant to turn the LP over.

So what is it if it isn’t all those things? Well, it definitely is nostalgic. And, for me, it’s redolent of summer festival fayre. They’re the kind of songs that you’ll listen to with a large crowd of your mates in a packed field in the middle of the afternoon, all getting caught up in the swaying tempo and singing along drunkenly with the choruses.

My favourite track on the album is I Dreamt I Was Old which starts off the whole thing in a cacophony of chords and percussion then tones down and carries the lilting triplet tempo under a wonderful guitar melody and a surprisingly good voice. Just don’t start singing Del Amitri’s Nothing Ever Happens at the chorus otherwise that’s all you’ll be able to hear from then on. Or maybe that’s just me.