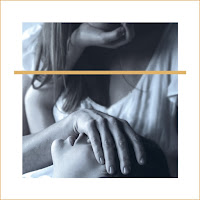 Having been caught doing maths in music class, Susan Omand has been given detention and yet another list of albums to listen to in order to further her music education. This time she goes numb with So Numb by Sannhet...

As an album, So Numb by Sannhet is only 42 minutes long and consists of 9 tracks. Why, you might ask, is that important? Thank you, I’m glad you asked that. It’s important because I’ve tried to listen to this album four times and I don’t yet think I’ve heard all of it. Four. Times.

The thing is, I get to about the end of track four, Fernbeds, and then always seem to, either physically or mentally, wander off and do something else, only coming back to concentrating on it just as the noisy feedback start of the penultimate track, ironically called Sleep Well, kicks in. Believe me, there’s no way you’d sleep through that.

So it’s intrigued me, what’s the problem? Why do I do this? The first four tracks are all good rocking instrumentals, heavy and superficially interesting but not overly challenging. Indigo Illusion reminds me of a cross between The Cult and The Surfari’s Wipeout with its manic percussion, there’s some engaging speaky bits and birdie bits in Sapphire, So Numb, the title track, is more frenzied drums and Cult-like guitar and Fernbeds (below) is probably my favourite on the album. That bass guitar is utterly superb. And then…. Nope, nothing. And it stays at nope nothing for the next three tracks… until we get to Sleep Well’s noisy charm and Wind Up which ends the album in a flurry of windchimes and delightfully doleful piano culminating in what I can only describe as a frog croak. Yes really.

I even tried listening to the middle three tracks in isolation, in case it was some element of bassline boredom or feedback fatigue that had got to me but, almost immediately I had pressed play, I got up from my desk and wandered off to go and put the washing on. It’s a weird one. So I think I’m destined never to be able to concentrate on Salts, Way Out or Secondary Arrows. Sorry. But the rest of the album is very good indeed.

By the way, what kind of detention do you get for not paying attention in Detention class? Asking for a friend…