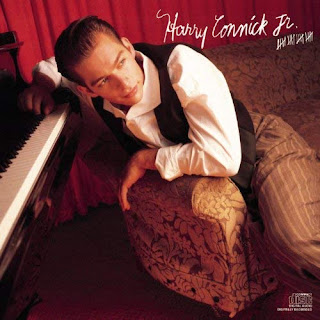 So many well-known albums turn 30 this year and Steve Taylor-Bryant and Susan Omand travel back to 1988 to revisit some of the sounds of their youth that made parents shout "Turn that noise down!" This week,  Susan counts to 20...

Before Harry Connick Jr became a much-acclaimed film & TV actor, he was (and still is) a much-acclaimed jazz singer and piano player. Like Adele though, he seemed to have a bit of a problem thinking up imaginative names for his albums. 20 was released when he was, yes, 20, back in 1988 and was his first vocal offering, his debut album the year before being an instrumental collection of jazz standards and, I must admit, I was hooked even then.

I don’t remember how or who hooked me onto Harry though. I was going through my jazz phase [note to self – consider growing out of jazz phase] and spent many’s an afternoon in the posh/niche/weirdo bit of Bruce Millers, the music shop in Aberdeen, where the not-pop albums were. You know the bit, those few racks of records behind a glass partition with people standing by the wall listening to something odd on headphones… no? God I’m old. Shut up. Anyway, it could well have been there, while assuaging my requirement for Thelonious Monk, that I heard it, along the lines of “If you like that sound, you’ll love this.” Not that it matters.

20 is a fantastic album to have on in the background as you do other things. All of the songs are much covered masterworks from the 1930s and 40s, going from an Al Jolson classic, Avalon, to Duke Ellington’s Do Nothin’ til You Hear From Me and Connick’s tentative vocals, on the tracks where he does sing, show a lot of the showstopping promise that would develop as time went on. He’s also joined on the album by some other big jazz names, like Doctor John and Carmen McRae, for a few duets and, even now, I found myself singing along to tracks like Basin Street Blues and Please Don’t Talk About Me When I’m Gone. Hell, he even made a Wizard of Oz song palatable!

But, although my love for his voice would grow and mature as it did, the best thing for me, on this album, has always been his piano playing. He can coax so much depth and expression out of the instrument in his sharp staccato style that he does indeed remind me a lot of Thelonious Monk...

So, if you like that sound, you’ll love this.