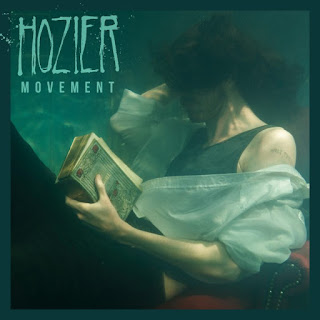 Movement, the new video and single by Hozier, is now out via Island Records. Watch the video which again features distinguished ballet dancer and performance artist Sergei Polunin...


Why do we say "again"? Sergei featured in Steven Cantor’s 2016 documentary ‘Dancer’ and was the performer in THAT David LaChapelle-directed video set to Hozier’s worldwide smash hit ‘Take Me To Church’.

Of the collaboration between the two artists, Hozier said, "I was first confronted by Sergei’s talent when I saw a performance of his set to my music in collaboration with David LaChapelle. I believe one of the greatest things to become of your own work is for it to form part of another artist’s vision or execution. That performance itself gave rise to ideas for this song, so I was incredibly proud to work with Sergei on this video. He is a once-in-a-generation talent. He’s a man of incredible skill and artistry and shows a dedication to his art form that I find inspiring. I’m thrilled to share this with everyone."

Sergei Polunin added, “When I found out that Hozier wanted me to be in his new music video for the song Movement, I was over the moon with happiness. “He did it again”, I thought when I heard the song - he created a masterpiece. His music inspired and moved me before and, he did it again with this song Movement.”

Hozier returns to Europe this month to play a sold-out run of UK shows – including two at London’s Eventim Apollo in Hammersmith - as part of his tour of the UK and Europe. For tickets, please visit hozier.com. Full tour schedule below: