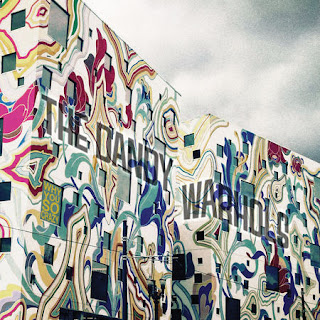 The Dandy Warhols are celebrating 25 years together by announcing a big tour and a new album. Watch the fancy new video for their new single Be Alright...

Celebrations for The Dandy Warhols’ 25th anniversary include a new album, Why You So Crazy (Dine Alone Records), a single-shot 360° short film featuring Mad Men’s Jessica Paré for the single Be Alright, and a 2019 tour of Europe, the UK and North America as well as exclusive goodies available via PledgeMusic.

“The weirdest thing about it being ‎our 25th anniversary is it doesn't feel like 25 years. Feels like about six. Or five,” muses frontman Courtney Taylor-Taylor.

The 360° short film for Be Alright, which centres around the consumption of a magic wine, was done in a single shot and filmed at the band’s space, Odditorium, which includes a bar owned by Taylor-Taylor who has a deep passion for the wine world. Directed by Taylor-Taylor, the video was written and conceived by Kevin Moyer, award winning creative who has worked on music projects with and featuring Elliott Smith, Modest Mouse, Daniel Johnston, Pearl Jam, Portugal The Man, Willie Nelson, and many others.

"Back in 2002, the Dandy Warhols bought a ten thousand square foot building in what was then industrial NW Portland and created The Odditorium, a place that soon became their band headquarters, recording studio, and hang out for them and all their friends and fellow artists,” says Moyer. “I've been there many times and it is such a cool and ethereal place, full of psychedelia and gothic touches and auras, that it just makes your head spin trying to take all of it in as you walk through the unique rock n roll space. So what better way than to use a head spinning media format to take the viewer on a magical journey through the Dandy Warhols own space and sound, with the new single Be Alright making things exactly that along the way."

“We’ve always been driven to create art with emotional clarity,” says Taylor-Taylor. “That’s what the world needs more than ever right now. I’ve never felt so strongly that people are losing their minds, and it’s more of them than ever before. Local politics, international politics, news programs, sitcoms, and our president all feel like the heat got turned up. It doesn’t feel like a natural progression of insanity, it just happened. Most people are behaving in a manner that can only be described as batshit crazy.”

Keyboardist Zia McCabe can’t help but wonder about the complications of building a set list around an entire career as opposed to an individual album; “Oh man, how are we going to fit something from each album into our set? Don’t worry, we’ll figure it out and it will be legendary. Get ready for a massive concussion of rock and roll that’s been a quarter of a century in the making.”

Watch the video for Be Alright below and use the arrows on the top left to scroll around the 360 film. It's really clever!


The Dandy Warhols are:

The album Why You So Crazy comes out on January 25th