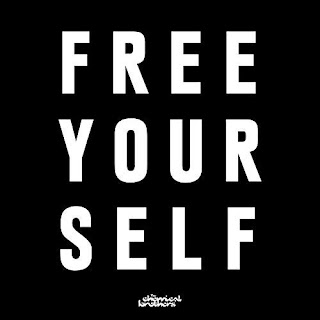 The Chemical Brothers have released a new video for Free Yourself and, as you might expect, it's a little bit different...

Eight months in the making, in collaboration with Production company Outsider and ​content creation ​studio The Mill, the video uses cutting edge visual effects and motion capture technology to tell a near-future story of factory robots freeing themselves.

The video was directed by Dom&Nic, the creative duo who have worked with The Chemical Brothers over a period of twenty two years and have worked on videos including Hey Boy Hey Girl, Block Rockin’ Beats, Setting Sun and the award winning video Wide Open from the band’s 2015 album Born In The Echoes.

"The Chemical Brothers music allows people to get out of their box at a gig or listening to the record – it’s a moment of frenzied abandonment to the music. We wanted to capture that feeling in the idea of an oppressed robot workforce suddenly abandoning themselves to music and fun. It’s robots having fun, robots being silly and robots raving!

"It’s a black comedy and an observation or conversation about the possible future relationship between robots, artificial intelligence and humans. Maybe we don’t have anything to be scared of, why do we think the worst about AI and humanity? We imagined a near future where robots had become a sentient underclass and we felt sorry for them and wanted to imagine them finding a way to free themselves, have fun and dance.

"Tom and Ed are the best people to make music videos for, their music always inspires great visual ideas and stories and as artists they are incredibly supportive of the creative vision. We just couldn’t have made a film like this without the total commitment and dedication from the VFX team at The Mill, they took it on purely for creative endeavour. It’s our second such collaboration with them on a Chemical Brother’s music video and in both cases they have had to break new ground in the world visual effects.

"The project took seven months from first idea to finished film. It’s tonally completely different to Wide Open but again explores a theme of dance and a non-typical version of the human form and we hope people will find it a worthy follow up. During the production on this film a cartoon was published in the New Yorker. It showed a couple of robots in a laboratory doing some moves and the quote from the scientist in the picture was “it appears they don’t want to take over, they just want to Dance!” we knew we were on the right tracks when we saw this."

Wes, of The Mill, added ​‘We are thrilled to be involved in another Dom&Nic and The Chemical Brothers collaboration.​ ​Following on from the success of ‘Wide Open’ in 2016, ‘Free Yourself’ presented us with the challenge of designing and animating hundreds of robots, continuing the theme that runs through many of The Chemical Brother’s videos – dance.

"This is the kind of VFX work that encouraged many of The Mill’s artists to get into the industry and, by continuing to push the boundaries of creative excellence, we hope to inspire the next generation of artists. It’s a project that enabled and required us to experiment with new motion capture technology, using our expertise to capture dance moves on set, in the studio, and in-house at The Mill.

"To be entrusted with bringing Dom&Nic’s vision to life is a real privilege. It’s been a huge team effort over a eight month period and I’m proud that ‘Free Yourself’ has manifested into a standout piece of work that showcases what ​Th​e Mill does best –high-end​,photo-real visual effects work."