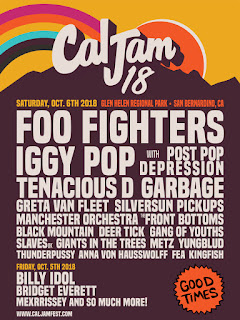 Nirvana reunited to play at Foo Fighters' CalJam festival over the weekend...

The set list on Saturday night was as follows:

And here’s how they all sounded, together in one playlist.