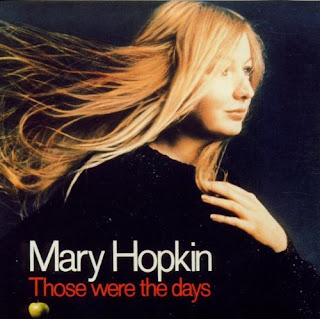 There's a 1968 Theme Day going on over at The DreamCage so Susan Omand goes hunting for a relevant Song of the Day...

"Once upon a time there was a tavern..."

It's odd sometimes, how serendipitous a connection can be. I wanted to find a good song of the day to match in with our theme day over on The DreamCage so I decided to look back. Way back. Way, waaay back to the UK charts of this week in 1968 to see what the number one song was.

Sandwiched in between The Beatles Hey Jude in September and Joe Cocker's brilliant I'll get By With a Little Help from my Friends in November was a 6 week slot that was filled by an 18 year old Welsh folk singer. The music for the song is much older, written in the early 1900's by Russian composer Boris Fomin with original words by the poet Konstantin Podrevsky to talk of the long road of love and romance. But in the early 1960s singer/ song writer Gene Raskin used the tune and gave it new lyrics, looking back over a life well lived. He recorded the song himself and it was popular on the local live circuits, but it wasn't until 1968, with a recording sung by Mary Hopkin and produced by Paul McCartney for the newly formed Apple label that the song became a world wide hit.

And on today, of all days, I can look back at all those times back in the day sitting in taverns, glass full of vodka and head full of dreams, and the lyrics of the song hit very close to home indeed.

Oh, my friend, we're older but no wiser
For in our hearts the dreams are still the same