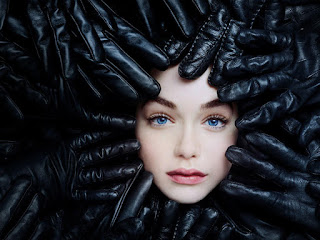 David Alden’s ‘magnificent conception’ (The Daily Telegraph) of Donizetti’s Scottish tragedy returns to the Coliseum for a third time on 25th October after universal acclaim since its first run in 2008. The haunting Gothic imagery of Charles Edwards’ designs and the stark psychological drama of Alden’s approach have made the opera ‘never seem to matter so much’ (The Financial Times). Sarah Tynan makes her role debut as Lucia in one of the most demanding challenges for any soprano.

The story, taken from Walter Scott’s 1819 novel The Bride of Lammermoor, tells the story of the young Scottish noblewoman Lucia, bartered and manipulated by the men in her life until she is driven to murderous insanity. Featuring the famous ‘mad scene’, the spectacular vocal display makes it one of the key works of bel canto opera. This production of it has been one of the most successful of recent years, seen in opera houses from Oslo to Toronto to Madrid.


David Alden has a long history of producing bold and innovative takes on the operatic canon for ENO dating back to the 1980s. He is twice winner of the Olivier Award for Best New Opera Production, including in 2007 for Janácek’s Jenůfa at ENO, while his 2009 Peter Grimes for ENO won the South Bank Award for Opera.

Sarah Tynan, whose much-lauded 2017 appearances as Rosina in The Barber of Seville and in the title role of Partenope reaffirmed her place as one of the finest sopranos on the UK stage today, makes her role debut as Lucia. A much-loved presence in numerous previous ENO productions, she returns to the Coliseum in spring 2019 as the title role in The Merry Widow, swapping tragedy for comedy.

Tenor Eleazar Rodríguez, whose chemistry with Tynan has already been seen in his performance opposite her as Almaviva in The Barber of Seville, sings her lover Edgardo. Baritone Lester Lynch makes his house debut as her brother Enrico.

Michael Colvin returns to the Coliseum to sing Arturo after his turn as Herod in Salome earlier in the season. Bass Clive Bayley and mezzo-soprano Sarah Pring sing Raimondo and Alisa respectively, returning to ENO after their roles in the much-loved Satyagraha revival of 2018.

ENO Harewood Artist Elgan Llŷr Thomas makes his third ENO appearance as Normanno, after his highly praised Johny Inkslinger in Paul Bunyan and Peter Quint in The Turn of the Screwduring 2018’s ENO Outside programme.

Stuart Stratford, Music Director at Scottish Opera, conducts. He was last seen at the Coliseum conducting the 2013 run of Satyagraha.

The set is designed by Charles Edwards and the costumes are by Brigitte Reiffenstuel. Lighting design is by Adam Silverman.

Translation is by Amanda Holden.

500 tickets for £20 or less are available for each performance. Tickets start from £12*.
Find out more and book tickets at the ENO website
Email ThisBlogThis!Share to TwitterShare to Facebook