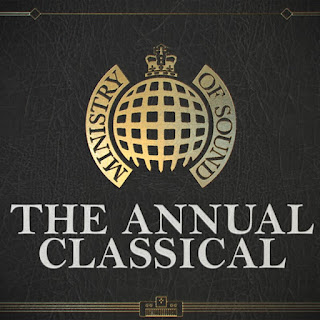 Ministry of Sound have announced The Annual Classical, an orchestral tour which celebrates and reimagines their legendary dance music compilation The Annual...

Twenty three years on from the debut compilation release, The Annual Classical will see Ministry of Sound taking out a 50 piece classical orchestra to tour the UK. There will be a world premiere at London's Royal Festival Hall on January 26th, with a full six-date UK tour starting in May 2019, calling at major cities across the country.

Recognising the cultural significance of the tour, Classic FM has been announced as media partner, which sees the UK's most popular classical music station team up with The Annual Classical for this classical crossover project. Classic FM will be promoting the orchestral tour to its 5.2 million weekly listeners on air, online and on social media.

The tour will include some of the biggest dance tracks from the 90s, which have featured on early chart topping The Annual compilations. It will see the likes of The Chemical Brothers, Fatboy Slim and Dario G all reimagined with an orchestral makeover:

To celebrate Ministry of Sound's The Annual, a documentary has been made celebrating the compilation series. It features interviews with the DJs who launched their careers at the club and became Ministry of Sound legends, including the likes of Judge Jules, Paul Oakenfold and Brandon Block, alongside the key Ministry of Sound players including co-founder Justin Berkmann and chairman Lohan Presencer.

The documentary explores the history of The Annual, the club and features never before seen footage with a live orchestral accompaniment. The film will be screened exclusively at The Annual Classical performances across the UK.

Compiled and mixed by a series of superstar DJs including Boy George, Pete Tong, Judge Jules and Tall Paul to name a few, The Annual quickly became THE dance compilation of choice each year for dance fans. Over the course of 23 editions since its 1995 inception, The Annual has achieved six chart topping albums, and 16 Top 10 releases.

Regarding The Annual and the upcoming tour Judge Jules says about his involvement, "The Annual is the biggest selling dance music compilation of all time, and I was equally proud to be involved then as I am now. Orchestrating some of its biggest tracks is an homage to some of the greatest musical memories ever, and the show promises to be a truly heart-stirring experience."

Classic FM's managing editor Sam Jackson says, "We passionately believe that classical music is for everyone - regardless of age or background - so The Annual Classical is a great fit for us. We're excited that a new audience will experience the sound of a live symphony orchestra through what promises to be a ground-breaking tour."

Ministry Of Sound chairman Lohan Presencer continues, "The Annual is the best selling dance music compilation series of all time. Packed with classic anthems it's only fitting that these tunes should get the classical treatment."

The Annual Classical premiere will be a stone's throw from the Elephant & Castle home of the Ministry of Sound nightclub at the Royal Festival Hall on London's Southbank and will feature the London Concert Orchestra.

Tickets for The Annual Classical are available from Ministry Of Sound also via SeeTickets, Ticketmaster, TicketCo and Southbank Centre ranging from £22.50 through to £70. Venue priority sales begin today and general on sale is Friday 2nd November.

The Annual Classical is a co-promotion between Coalition Agency and Raymond Gubbay Ltd, by arrangement with Ministry of Sound
Email ThisBlogThis!Share to TwitterShare to Facebook