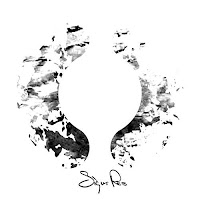 Having been caught doing maths in music class, Susan Omand has been given detention and yet another list of albums to listen to in order to further her music education. This time it all goes a bit weird and arty...

Sigur Rós is one of these bands that I’ve heard about, and listened to bits of, but not actually sat down and listened to a whole album. I’ve heard of them because they do interesting things with their music. We’ve even featured them in news items on AlbieMedia before, with their work on a track for the BBC natural history programme Planet Earth II (here) and a superb “slow TV” event that involved a 24 hour drive around the roads of Iceland (here). I enjoyed the little bits of their music I heard then and their artistry is absolutely without question but how would a whole album stand up? We’ll find out as I’ve been tasked to listen to (). No, I haven’t missed anything in the brackets this time, () is the name of the album. Pronounced, I am reliably informed, as Svigaplatan, or "The Bracket Album."

All 8 tracks on the album are untitled (but still given names by the band – no I don’t really understand either but it’s art so I’ll roll with it) and the music, and the album itself, is fascinating as aural art. There’s such a lot going on here so my descriptions below are purely my “mind paintings” for the tracks as I sit with eyes closed and just listen.

Track one has an ancient mystical feel. There are cold mist covered mountains, icy clear streams and clans here. It has an almost Native American sense in bits.

Track two swaps continents. There’s heat and flies and sand and we’re in the outback of Australia at the foot of Uluru with the sun coming up, watching the rock changing colour.

Where track two was heat and dust and the promise of a new day, track three is an ocean at dusk, lying in a small boat watching the sun go down. There’s a coolness, an inherent calm of a regular rhythm of waves lapping as the sky turns from azure blue, through orange, red and violet to dark navy before starting to sparkle with stars.

Leaving the wide open space of the ocean and heading to the wonderful acoustics of a city Cathedral for track four. There’s noise and bustle outside. Business and industry. A world getting on with getting on. Inside is solace and solitude, an oasis, a space to convene with one’s own god as the organist practises, punctuated only by the click of tourist cameras looking at the stone carvings and the sun through stained glass.

From a cathedral of stone to one of wood in track five and a walk along a disused logging trail through a forest of factory planted pines. Every direction is the same, all majestic verticals, straight lines, sculptural angles and awe-inspiring canopies with the echoing rigidity softened by the fallen needles underfoot. There’s a smell of pine and sawdust, a disorientating feel with the occasional flurry as a bird takes off and disrupts the flow from the dark centre of the forest until you emerge at the edge of the trees.

Contrasting with the structured, man-made feel of a logging forest, there is something primeval about track six. It’s dark and cold, unsettling, scary. A Yorkshire moor at midnight, barren, rocky. Shapes loom out of the darkness and tussocks of grass catch at your feet. In the distance a church bell rings the hour and you’re hopelessly lost.

From black to white but not a calm, serene, beautiful white. This is the white of mourning, an awful blankness, death and despair. There is such sadness in this track, an awful feeling of there being nothing left to live for, of lying down on the railway tracks and waiting for the train which arrives in all its crashing, crushing glory. It breaks my heart.

The final track by contrast has a beautiful warmth about it. We’re inside a stone bothy, safe and secure sitting by a roaring fire in the grate as the weather rages outside. Surrounded by good company, laughter, singing and playing music with a good dram to hand, this is wonderfully positive note to end on and brings a contented smile.

So, yeah, that’s what I got from The Bracket Album. You will get something entirely different and, to be honest, probably so would I on a different day, in a different frame of mind. On first listen* to the whole album, two things caught my attention and merited further investigation. The answers to my questions made me appreciate the artistry of the album all the more. Firstly, there is a 36 second silence in the middle of the album, at the end of track four. Silence always intrigues me so I had to find out why. It turns out this is intended as a separator, like turning over a vinyl record and allowing for a different feel from the first “side” to the second. And I definitely found that was true, with the last four tracks being a lot more visceral rather than visual in their effects. Secondly, the lyrics. I didn’t understand the words but I didn’t expect to, because the band is Icelandic, so I went looking for a translation. There isn’t one. This is a made up language, called Hopelandic, and the lyrics are mostly variations and permutations of one phrase “You xylo. You xylo no fi lo. You so." That idea just blew my tiny arty mind.

So am I educated? Yes-ish. I found it exhausting rather than relaxing. It’s what I wanted a Sigur Rós album to be and will be whatever you want it to be too. Would I listen to it for inspiration? Absolutely. For entertainment? Maybe not so much. It’s incredibly challenging, hard work and needs to be taken seriously. But it’s bloody brilliant art.

* OK, technically this was my second listen. On my first listen, I wasn’t really paying attention to it and all my notes page had written on it by the end of the album were two words - “Needs bagpipes.”