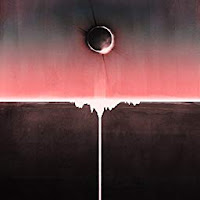 Having been caught doing maths in music class, Susan Omand has been given detention and yet another list of albums to listen to in order to further her music education. This time, it's Mogwai and their latest album Every Country's Sun...

I don’t think I know many people who don’t like Mogwai. I DO think however that I know a shedload of people who have never even heard of them as they were one of those bands that never really hit the heights of success internationally that they did locally, although they're often cited as "influential". I listened to Mogwai quite a bit back in the day because they were a Scottish band that hit Glasgow about the same time that I hit Edinburgh in the mid 1990s so they were an “in” band to talk about. Their “in-ness” didn’t matter to me but it did to the rest of the social group so I went along with it. That said, a change in social group meant a change in music tastes and the band fell off my radar for, it appears, nearly 20 years. Eep.

So it was interesting to pick up their latest offering thanks to the #EducatingOmand Detention that I have to do. The first thing I noticed was they still have that descent into chaos thing going on. The tracks start quietly, sometimes tranquil, like Coolverine, sometimes a bit more unsettling, like Brain Sweeties – which starts industrially then inexplicably goes on to have proper piano in the middle, then the songs grow at different rates until they hit zenith, sometimes literally with screaming, before the next track kicks in to lull you back into that false sense of security. This pattern is broken on this album by the later tracks where the chaos kicks in pretty much right from the start, especially Battered at a Scramble with discordant guitars a muddy bassline and prog rock keys that would make The Doors proud. A Scramble btw is, I think, a purely Scottish thing where, at a wedding when the bride was getting into the car to go to the kirk, her father would throw a handful of coins to the waiting gaggle of kids who lived on the same street. And, yes, nearly always someone got battered. I also had to laugh at the track called Don’t Believe the Fife, it’s far too beautiful an opening to be the Fife that I know, all empty shops and shell suits, so yeah I don’t believe it.

Favourite track on the album though is one that, ironically, doesn’t sound like “new” Mogwai at all even though it’s the one they released as a single off the album. It’s hardly ambient or experimental, in fact it probably sounds more like New Order than new Mogwai. Party in the Dark starts out with an annoying buzzy sound that unsettles you before settling you again into a chorus that reminds me so much of something else but I can’t think what it is. Psychedelic Furs? Jesus & Mary Chain? Dunno – let me know if you can work it out by listening below.

So have I been #Educated this time? RE-Educated maybe. I’d forgotten how much I enjoyed the band and will investigate the albums that I missed out on in the intervening period, as well as revisiting their early early work, this time without the added pressure of 90s-hipster-equivalent hype.